EVERETT, Wash., Oct. 11, 2015 /PRNewswire/ – Boeing and Oman Air celebrated the delivery of the airline’s first Boeing 787 Dreamliner. The airline ordered six 787-8s in November 2011 as part of its expansion plans.

“We are delighted to receive our first Dreamliner which combined with Oman Air’s award-winning service will provide an excellent travel experience for our customers,” said Paul Gregorowitsch, Chief Executive Officer, Oman Air. “Our decision to invest in this game-changing airplane underlines our confidence in the 787 and the value it will add in terms of reliability, operational efficiency and comfort.”

The Boeing 787 Dreamliner is an all-new, super-efficient family of commercial airplanes that brings big-jet ranges and speed to the middle of the market. In response to airlines’ overwhelming preference, Boeing designed the 787 family with superior efficiency, which allows airlines to profitably open new routes to fly people directly where they’d like to go in exceptional comfort. Since entering service in 2011, the 787 family has opened more than 50 new non-stop routes around the world. Oman Air has announced that it will deploy its first Dreamliner on services to Saudi Arabia and Europe. 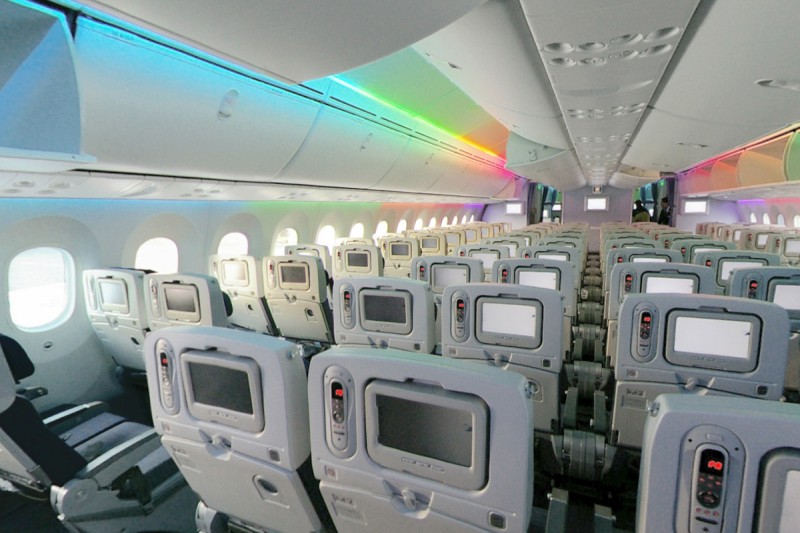 “We’re proud to have Oman Air join our growing base of 787 customers in the Middle East and around the world,” said Boeing Commercial Airplanes President and CEO Ray Conner. “Our partnership with Oman Air dates back almost 15 years during which time the airline has been operating the 737 family. We’re delighted to help introduce Boeing twin-aisle airplanes into its growing fleet.”

Boeing currently has eight 787 customers in the Middle East with a total of 175 Dreamliners ordered and 140 in backlog. Boeing has also been contracted by Oman Air for a suite of services to support the upcoming entry into service of its 787 Dreamliners and to ensure ongoing efficiency and cost savings for its fleet. These services will help Oman Air minimize the time and cost of maintenance while increasing airplane availability.