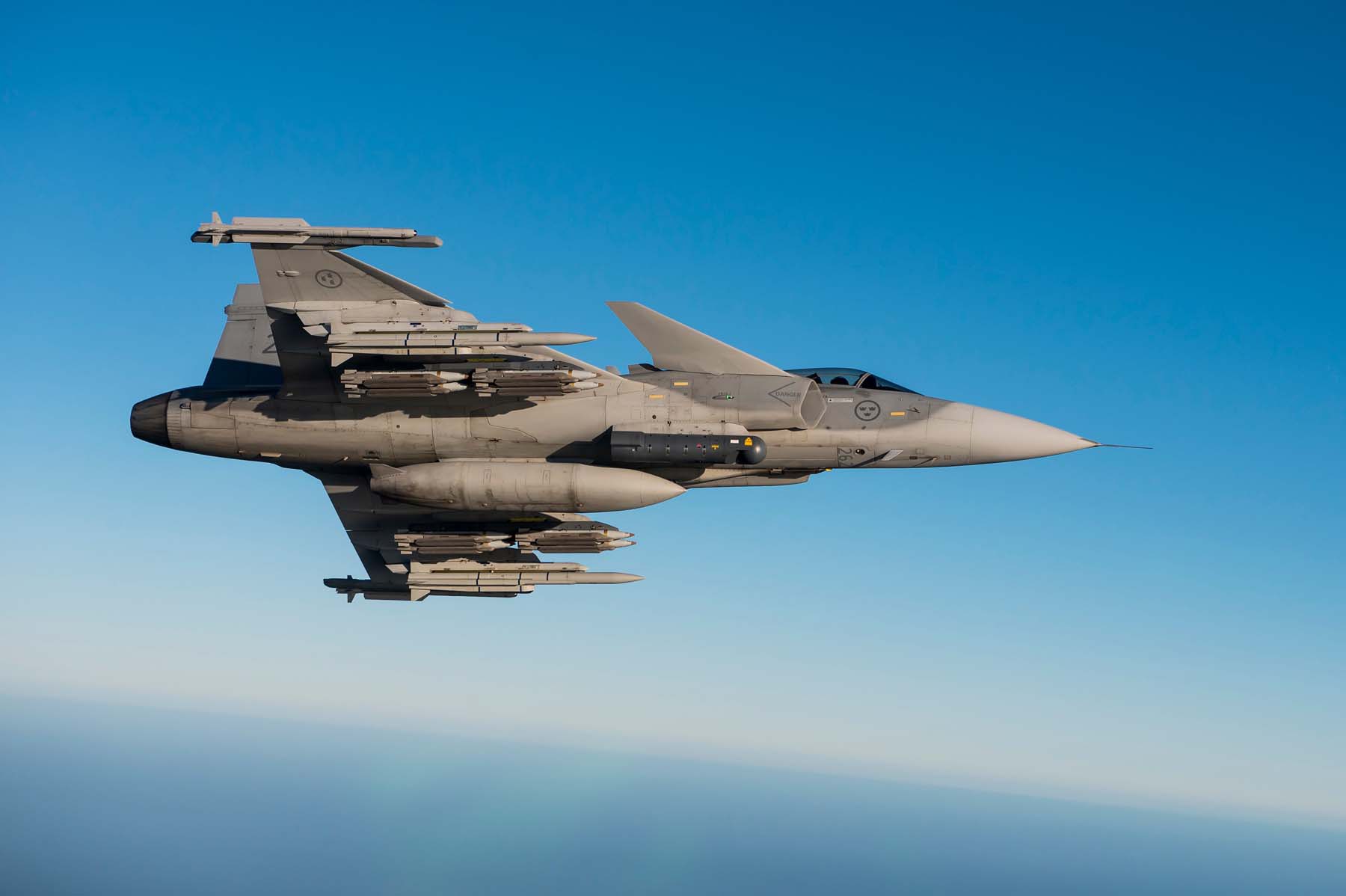 In the spring of 2016, all Swedish Gripen C/D aircrafts will be upgraded to Gripen version 20. The new version brings major changes, both in hardware and software. The biggest change is the Meteor missile. It will give Gripen significantly increased long-range air-to-air capability and give the Gripen fighter conditions to change the balance of air superiority.

The missile interacts with the aircraft’s sensors and support systems to detect and defeat enemy aircrafts. Propulsion is managed by a ramjet engine.

“The ramjet engine provides a significant increase in range. It makes it harder for an enemy to protect themselves from Meteor compared with missiles operated with conventional propelled rocket [engines],” says Michael Östergren, project manager for the version 20 upgrade at FMV.

Meteor has been developed in cooperation with Sweden, Italy, Spain, Germany, France and Britain. As Sweden and Saab could offer the integration according to a very demanding schedule, JAS 39 Gripen served as the primary test platform during the development period.

“Throughout the Meteor project we worked closely with both Saab, and FMV Test and Evaluation. Saab conducted test firings and T&E, provided us with project management support, test management and pilots,” says Michael Östergren.

At the start of the project, FMV Test and Evaluation contributed by evaluating test needs and analyzing test results, which they continued to do throughout the project. At the end they validated the final result. Many of the test firings were made at FMV Vidsel test range in the north of Sweden.

A series of new Capabilities

Version 20 includes not only the Meteor missile. It also integrates the Small Diameter Bomb, SDB.

“SDB is a precision weapon for ground targets that are dropped from the aircraft at a great stand-off distance. The SDB is loaded with target data from the aircraft prior launch and then guides itself to the target,” says Michael Östergren.

CBRN protection is also strengthened in release 20. The new protection against CBRN, chemical, biological, radiological and nuclear threats, protects the pilot in contaminated environments during the mission and also makes it possible for ground crews to effectively decontaminate the aircraft once it has landed.

Another innovation is the Ground Collision Avoidance System. The system automatically prevents the aircraft from hitting the ground if it enters an uncontrolled situation.

Large efforts have also been made to make the daily technical work run more smoothly in form of improvements in the built in test and engine test run.