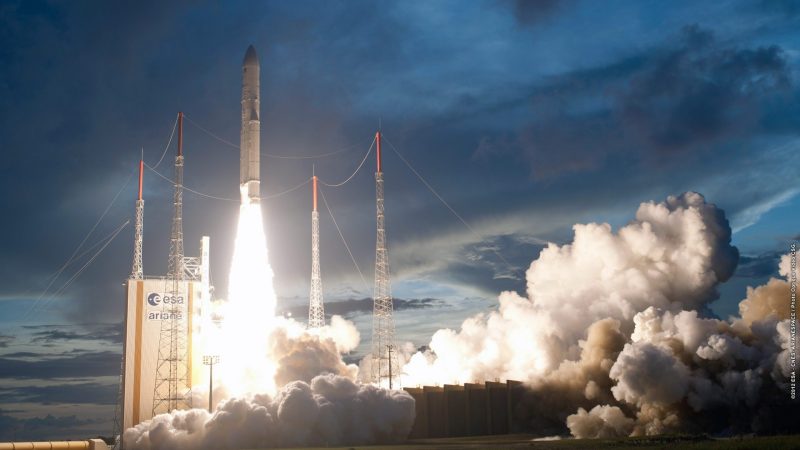 BRASILIA, Brazil, 04 May 2017 / — The Geostationary Satellite of Defense and Strategic Communications will be launched today (May 4) at the Kourou Space Center, in the French Guiana. This will be the first Brazilian geostationary satellite of both military and civil use.

Acquired by Brazilian telecommunications firm Telebras, the satellite will be used for strategic government communication and to expand the country’s broadband supply, especially in remote areas.

The 5.8 tons heavy and 5 meters high satellite will be positioned at a distance of 36 thousand kilometers from the surface of the Earth, covering all of the Brazilian territory as well as the Atlantic Ocean. The satellite is expected to be capable of being operational for 18 years.

The launch had originally been slated for March 21, but the date was postponed due to a general strike in the French Guiana.