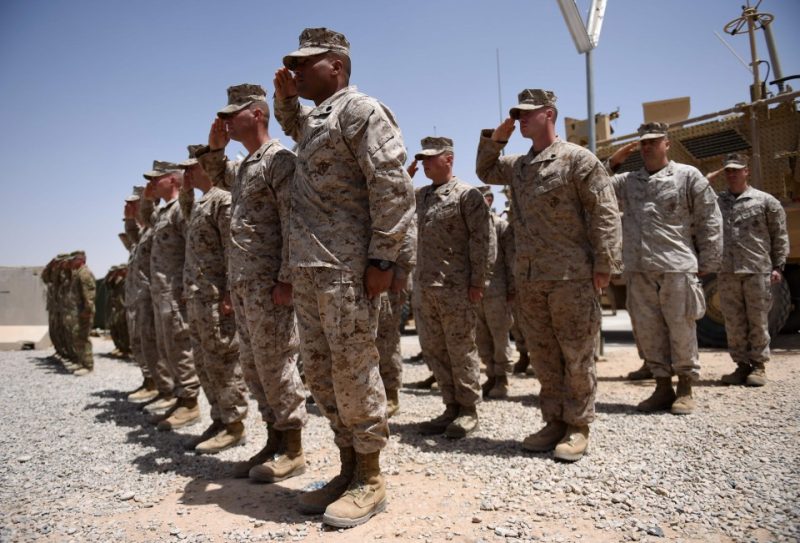 WASHINGTON — President Donald J. Trump said today he is looking at using the military to secure the border between the United States and Mexico.

“Until we can have a wall and proper security, we’re going to be guarding our border with the military,” the president said during a meeting with the presidents of the three Baltic republics. “That’s a big step. We really haven’t done that before, or certainly not very much before.”

During a follow-on news conference with the three presidents, Trump also said he is seriously looking at withdrawing U.S. troops from Syria.

About 2,000 U.S. service members are operating inside Syria with Syrian Democratic Forces. Those forces have had tremendous success against the Islamic State of Iraq and Syria, and officials estimate that 98 percent of the territory the terror group once occupied has been cleared.

“As far as Syria is concerned, our primary mission in terms of that was getting rid of ISIS,” Trump said during the White House news conference, referring to the Islamic State of Iraq and Syria. “We’ve almost completed that task, and we’ll be making a decision very quickly, in coordination with others in the area, as to what we’ll do.”

U.S. troops have been assigned border missions in the past. In 1989, DoD formed Joint Task Force 6, aimed at aiding border security along the Texas, New Mexico, Arizona and California borders with Mexico. The task force began with a counterdrug mission, which expanded to counterterrorism. Joint Task Force 6 morphed into Joint Task Force North in 2004.

From 2006 to 2008, a total of 27,000 National Guardsmen patrolled the border to help Customs and Border Protection personnel.