Geoff Munday, Managing Director of Leonardo Helicopters in the UK, said at the ceremony “The delivery of the first Commando Merlin marks the culmination of over four years of design, development and manufacturing effort by Leonardo here in the UK. The result is the world’s most advanced and capable amphibious support helicopter that can fly faster, further and carry much more than the now retired Commando Sea King, delivering a greatly enhanced capability to the Commando Helicopter Force.”

Leonardo’s electronic warfare experts in Luton have also upgraded the self-protection system on the new Commando Merlin aircraft to provide optimum security. The previously-federated Defensive Aids System (DAS) has been integrated with a latest-generation DAS Controller, which allows the system to rapidly identify hostile weapon systems and initiate appropriate tactics and countermeasures. By introducing a level of automation and integrating DAS functionality with the helicopters’ new cockpit display units, pilot workload is reduced. Leonardo already provides defensive aid suites across the UK Armed Forces’ helicopter fleet and provides Electronic Warfare Operational Support (EWOS) for all of these platforms, allowing the fleet’s protective systems to be re-programmed in response to changing battlefield conditions.

The Commando Merlin aircraft will be fully supported through the existing Integrated Merlin Operational Support (IMOS) contract, which Leonardo has been the prime contractor for since its inception in 2006. IMOS delivers, through an innovative Leonardo and Ministry of Defence partnership, improved aircraft availability and significant cost savings for UK taxpayers.

Leonardo has also been contracted to deliver a range of Commando Merlin synthetic training devices comprising two Flight Training Devices (FTDs), a Flight Navigation Procedures Trainer (FNPT) and a Rear Crew Trainer (RCT). These will be delivered during 2018 and 2019 and installed in the dedicated Commando Helicopter Force training facility located at the aircraft’s main operating base – RNAS Yeovilton. The training devices will enable multi-aircraft and whole crew training, utilising augmented reality to enhance the training experience for the rear crew. 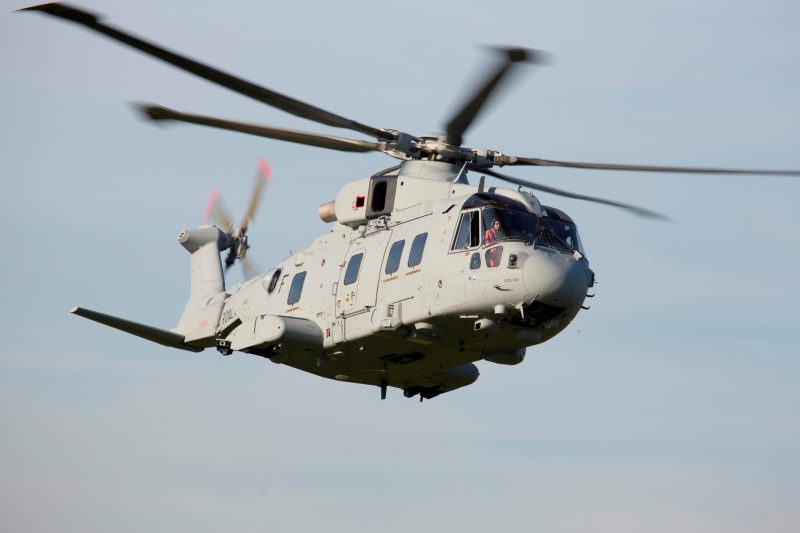 MLSP Contract Background
The MLSP contract, valued at £388 million, was awarded to Leonardo in January 2014 by the UK Ministry of Defence (MoD). Phase One comprised the delivery of seven Merlin Mk3 interim aircraft and this was completed on schedule in March 2016. Phase Two will see the delivery of 25 Commando Merlin Mk4/4A aircraft from now through to the end of 2020 with the work being performed at Leonardo Helicopters’ Yeovil facility. The MLSP contract is sustaining hundreds of jobs at Leonardo’s Yeovil facility and many more in the UK wide supply chain.