Russia’s embassy has protested the arrest of a Russian software developer who was extradited from Georgia and charged by U.S. authorities with trying to obtain user manuals and instructional materials for F-16 fighter jets.

The Washington embassy issued its complaint on May 15 as Oleg Tishchenko pleaded not guilty to smuggling and conspiracy charges in a Utah federal court, according to news reports.

Court documents showed that Tishchenko was charged in a sealed federal indictment issued in June 2016.

Documents say Tishchenko posted messages in a Russian video game forum in 2011, saying he was looking for help in acquiring manuals for U.S. fighter jets.

An unnamed Texas man shipped the manuals to him, according to court records.

News reports said the Texas man was also indicted, but later had charges against him dropped.

Court records also said Tishchenko wanted the manuals to help improve the designs he was making for the computer company he worked for, which makes flight simulators, among other things.

Tishchenko later allegedly obtained manuals for other fighter jets, which he then sold on eBay to purchasers in “Cyprus, Japan, the Netherlands, Australia, Germany, and Taiwan.”

In March 2019, Tishchenko traveled to Georgia to attend a dance festival.

There, Georgian authorities arrested him and extradited him to the United States.

In a message posted to Twitter, the Russian Embassy in Washington said it was unhappy with the arrest.

“We are closely monitoring the situation with the arrest of Russian citizen O. M. Tishchenko, extradited from Georgia. There are clear signs that U.S. security agencies” framed him, the embassy said. 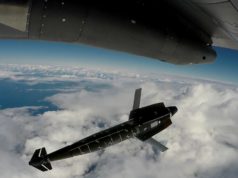 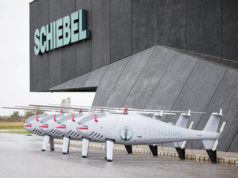