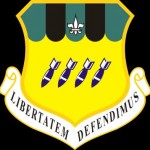 OFFUTT AIR FORCE BASE, Neb. (AFNS) — Two B-52 Stratofortresses assigned to the 2nd Bomb Wing at Barksdale Air Force Base, Louisiana returned July 2 from a 44-hour, nonstop mission to Australia.

The mission, which was closely coordinated with the Australian Department of Defence, demonstrated the United States’ ability to project its flexible, long-range, global strike capability and provided unique opportunities to synchronize strategic activities and capabilities with a key ally in the U.S. Pacific Command area of operations.

“These flights are one of the many ways the U.S. demonstrates its commitment to a stable and peaceful Indo-Asia Pacific region,” said Adm. Cecil D. Haney, the U.S. Strategic Command commander. “In addition to strengthening aircrew skills and enhancing their familiarity with operating worldwide, combined training and theater security cooperation engagements with our regional allies serve to improve our interoperability and capability to respond to any potential threat together.”

During the mission, the B-52s integrated with Royal Australian Air Force ground forces in the region, conducted an inert conventional weapons drop on the Delamere Air Weapons Range and performed a low-approach at RAAF Base Tindal.

USSTRATCOM’s bomber force regularly conducts such training and engagements around the globe. In June, three B-52s deployed to Royal Air Force Fairford, England where they conducted training flights with ground and naval forces around the region and participated in multinational exercises Baltic Operations 2015 and Saber Strike 2015 over international waters in the Baltic Sea and the territory of the Baltic states and Poland.

In May, two B-52s participated alongside Jordanian forces in U.S. Central Command’s exercise Eager Lion 2015. The mission consisted of a nonstop, 30-plus-hour sortie from the continental U.S. to the USCENTCOM area of operations. Previously, in April, four B-52s flew round-trip flights to both the Arctic and North Sea regions. The training mission, Polar Growl, enabled bomber crews to conduct air intercept training with fighter aircraft from the U.K., Canada, and the Netherlands.

B-52s also participated in NATO exercise Noble Justification in October 2014 during which the bombers assisted in the exercise’s focus of validating the Spanish Maritime Force as the 2015 Maritime NATO Response Force.