Under this low-rate initial production contract for Block 2 of the Navy’s Surface Electronic Warfare Improvement Program (SEWIP), Lockheed Martin will provide additional systems to upgrade the AN/SLQ-32 systems on U.S. aircraft carriers, cruisers, destroyers and other warships with key capabilities to determine if the electronic sensors of potential foes are tracking the ship.

“We’re proud to continue supporting the U.S. Navy with capabilities delivered on schedule to rapidly introduce new technology to the sailors,” said Joe Ottaviano, Electronic Warfare program director for Lockheed Martin Mission Systems and Training. “Our fleets are facing a rapidly changing threat environment in theaters across the globe. This contract allows us to continue providing much needed technological advances that will help outpace our adversaries and protect our warfighters.” 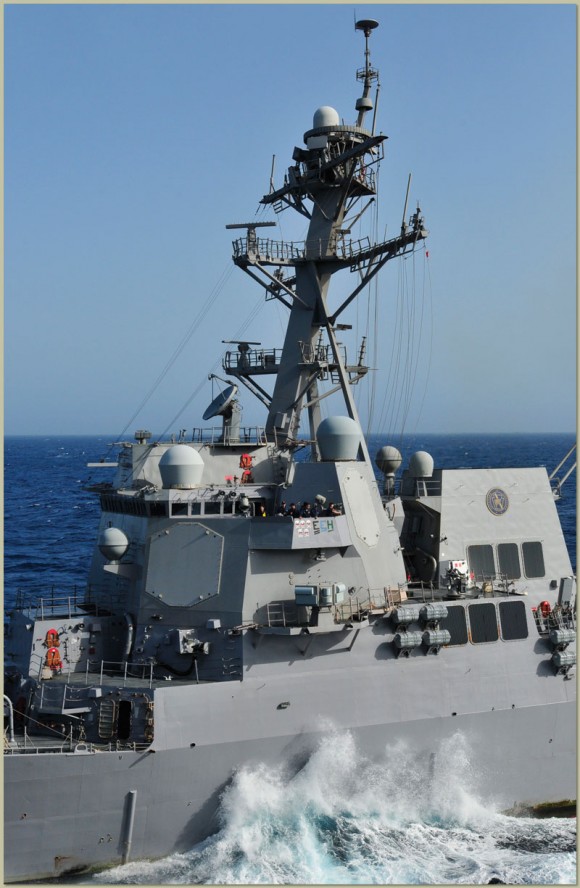 Block 2 is the latest in an evolutionary succession of improvement “blocks” the Navy is pursuing for its shipboard electronic warfare system, which will incrementally add new defensive technologies and functional capabilities. In 2013 and 2014, Lockheed Martin was awarded 24 systems as part of low-rate initial production, the first 10 of which have been delivered to the Navy on schedule.

Work on the SEWIP program will be performed at the company’s Syracuse, New York, facility.

About Lockheed Martin
Headquartered in Bethesda, Maryland, Lockheed Martin is a global security and aerospace company that employs approximately 112,000 people worldwide and is principally engaged in the research, design, development, manufacture, integration and sustainment of advanced technology systems, products and services. The Corporation’s net sales for 2014 were $45.6 billion.