The US Navy has begun initial integration testing of its long-range anti-ship missile (LRASM) onto the F/A-18E/F Super Hornet at Patuxent River’s Air Test and Evaluation Squadron (VX) 23 facility.

The program’s flight test team conducted missile load and fit checks using a mass simulator vehicle, designed to emulate LRASM, in preparation for the first phase of airworthiness testing with the F/A-18 E/F scheduled to begin later this August.
“These initial fit checks will familiarize the test team with the proper loading, unloading and handling of the LRASM on the F/A-18E/F,” said Greg Oliver, LRASM Deployment Office (LDO) assistant program manager for test and evaluation. “This testing will check clearances between the missile and the aircraft to ensure there are no negative impacts when carrying LRASM.”
Integration efforts and flight testing will continue over the next few years at both NAS Patuxent River and Naval Air Weapons Station China Lake to clear LRASM for flight operations on the aircraft.

“This is an exciting time for the Navy,” said Capt. Jaime Engdahl, the Navy’s Precision Strike Weapons program manager. “This missile will help us pace the growing maritime threat and provide the warfighter with an urgently needed capability to engage surface combatants at extended ranges.”
When operational, LRASM will provide flexible, long-range, advanced, anti-surface capability against high threat maritime targets. LRASM is set to be fielded on the B-1B Bomber in 2018 and the F/A-18 E/F in 2019. 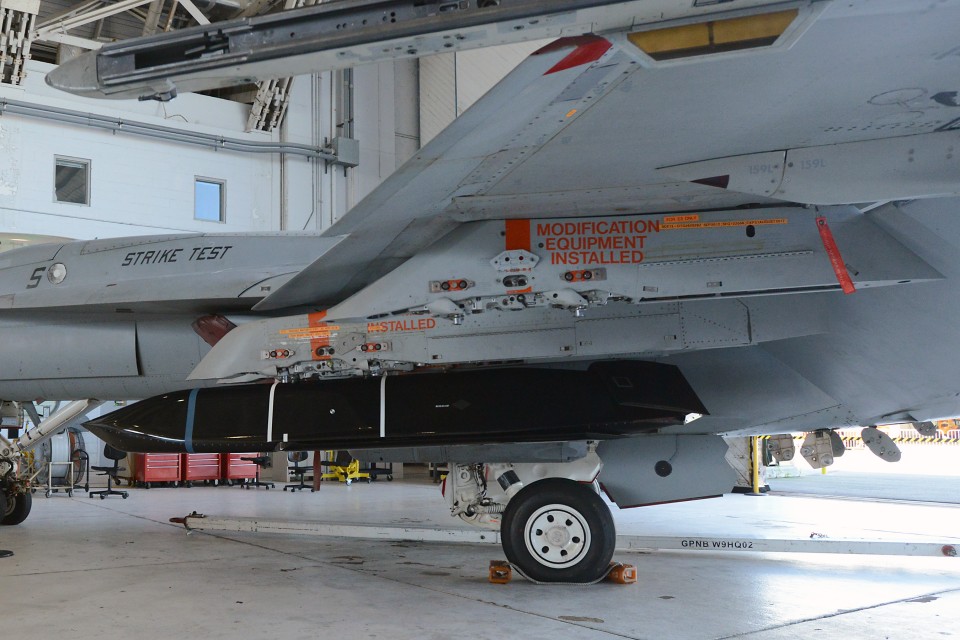