WASHINGTON, October 8, 2015 — Navy Adm. Bill Gortney said he has a mission set that ranges “from tracking Santa to thermonuclear war.” Gortney commands both U.S. Northern Command and the North American Aerospace Defense Command. Both commands are based in Colorado Springs, Colorado, and are responsible for defending the continent from attack. And while NORAD radars look for enemy missiles and aircraft, they also “track” Santa Claus for children around the world each year.

But while there are whimsical moments, the missions Gortney commands are deadly serious. The admiral spoke at the Commanders Series at the nonprofit Atlantic Council “think tank” here yesterday.

Gortney said sequestration represents the most dangerous threat to his commands. “I firmly believe that,” he said. This is, he said, because Northcom and NORAD don’t own forces. Most of the forces for the commands come from the services and are paid and maintained by the services, the admiral said. Under sequester, the services’ cuts come mostly come from operations and maintenance accounts, precisely the money needed to provide combatant commands with the trained and equipped service members they need.

Gortney told his interlocutor — New York Times journalist Eric Schmitt — that his commands agree with the intelligence community’s assessment that North Korea has the ability and technology to put nuclear weapons “on rockets that can range the homeland.”

His question is when or why would North Korean leader Kim Jong Un use nuclear weapons. “No one really understands the Great Leader,” Gortney said with his tongue firmly planted in cheek. “I look longingly for the predictability of the Great Leader’s father.” His father — Kim Jong Il — was only marginally more predictable. “But we’re ready for him,” Gortney said. “We’re ready 24-hours-a-day if he’s dumb enough to shoot something at us.”

In the admiral’s aerospace defense mission, the big threats are Russian long-range aviation and cruise missiles from submarines and surface platforms. “It’s a bit of a challenge for us because for 57 years, NORAD has been in a defensive crouch, where Soviet and Russian aviation would have to come into our battlespace and we would deal with them there,” he said.

But Russia has qualitatively a much better military than the quantitative military the Soviet Union had, the admiral said. “They have a much different doctrine, and you are seeing that much better quality military and doctrine being played out as a whole of government approach in Ukraine and now Syria,” he said.

The quality is playing out in threats to the United States as well. “They have read our play book and they are fielding cruise missiles that are very accurate at very long ranges, to the point where they [don’t have to] leave Russian airspace and launch conventional or nuclear warheads at targets and critical infrastructure in Canada, the Pacific Northwest,” Gortney said. “[This is a] very difficult mission set for us, as it forces us to catch arrows instead of going to where we can shoot the archers.”

As Northcom’s commander, Gortney has responsibility for ballistic missile defense. He said his command is prepared to deal with anything that might come out of North Korea. “In 2017, we’ll have 44 missiles in the ground, mostly in Alaska,” he said. “The problem is we’re on the wrong side of the cost curve. We postured to shoot down not very expensive rockets with expensive rockets.”

The bullet hitting a bullet scenario is very expensive, Gortney said. The United States needs technology and capabilities that operate at different parts of the cycle – to stop an enemy from launching, or to get weapons in the boost phase rather than relying on the bullet-on-bullet end game, he said.

The Islamic State of Iraq and the Levant

The most dangerous threat to the homeland is thermonuclear war, the admiral said. It is something that must be prepared for, but it is unlikely, he said. The most likely outside threat to the homeland the Islamic State of Iraq and the Levant. “The danger comes from their very sophisticated social media campaign that seeks to radicalize young people in the West,” he said.

Gortney said those people who try to contact the group for advice on how to launch an attack give law enforcement an opportunity to detect them and may be dealt with. But those who are “just in receive mode” cannot be traced, he said.

ISIL motivates citizens to attack fellow citizens. He surmised that was the case in Chattanooga, Tennessee, over the summer when a radicalized young man attacked a Navy and Marine Corps recruiting station killing five service members. Chatter on the network since caused Gortney to raise the force protection condition at installations around the country.

ISIL is successful at radicalizing these people due to their narrative and the perception that they are trying to bring about the Caliphate. “It is a war of the words,” he said. “The fact is we have not yet been able to counter that narrative. That someone actually believes that’s a better way of life than the one that they have in the United States or Canada or Australia, really confounds me.”

Countering the narrative must be done at the grass-roots level, the admiral said. Parents, friends, clergy, schools, governmental and nongovernmental assets must be used to defeat the hateful ideology, he said. 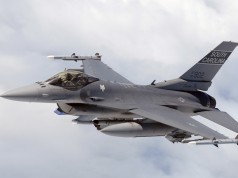 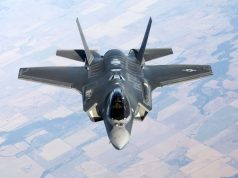 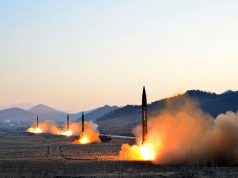