WASHINGTON, October 14, 2015 — With the smell of paella and the sounds of Brazilian music floating through the air, hundreds of civilians, service members and veterans gathered to honor their Hispanic heritage at the Latino Heritage Festival in Des Moines, Iowa, Sept. 26-27.

“The festival celebrates and educates the community on the 22 Latin American countries represented here in Iowa,” said Iowa Army National Guard Chief Warrant Officer 3 Connie Williams. “It’s important that we recognize our Latin culture here in the United States and here in Iowa. They are our future, and they have a lot to offer. Working together, we can achieve great things through diversity of thought, diversity of background and diversity of experience.”

The Iowa Army National Guard, based out of Camp Dodge in Johnston, Iowa, has supported the festival since 2004. The festival has been going on for 15 years and consists of everything from dancing and a variety of food to Brazilian Capoeira, a type of martial arts, and dancing. Iowa Army National Guard Capt. Jared Williams, a logistics officer of Puerto Rican descent, said being raised in a Latino culture has been beneficial for his military service.

“Latinos by nature, we’re very affectionate and are very close to our families,” he said. “That’s part of the attractiveness of joining the service. We preach the same thing. In the Army we are family. The unit you’re with is your family. That’s your blood; the people you’re attached to. So that bond is very important.” Jared Williams said he joined the military because of “obligation and duty to my country, to be a better citizen and because I have a family heritage inside the military that drove that desire for me to serve.”

For Albert Martinez, a former Marine platoon sergeant who represents the American Legion at the festival, the event gives him a chance to represent veterans and his heritage. “We’re here to recruit new members who may need help with money, help, family; we try to take care of all we can do for them,” he said. “We’re here for the veterans but we’re also here to pass on our heritage to the younger generation to keep our heritage going.”

Iowa Army National Guard Sgt. Michael Bebensee, from Clinton, Iowa, was on hand to recruit for the Army National Guard. “The Hispanic community here in Iowa is huge for us,” he said. “The more we can bring into the National Guard, the more we can diversify, help serve them better and help serve us better. We’re here to serve the community and educate them on the different benefits we have such as college benefits, citizenship, job training and leadership opportunities.”

Jared Williams said he’s grateful for the Iowa festival, and for the Defense Department celebrating National Hispanic Heritage Month, which runs from Sept. 15 to Oct. 15.

“It’s important for the Defense Department to celebrate Hispanic Heritage because although the soldiers represent the United States, everyone comes from a very different background,” he said. “There are many different nationalities within the service, and it’s important for the Latino sector to see that we have Latinos serving in prominent positions. It’s also an opportunity for those who aren’t necessarily U.S. citizens to join the service and that will actually assist them in getting their citizenship into the country. We do have soldiers who are serving who are not U.S. citizens, but being in the service does help them get on the fast track toward getting their citizenship.”

When it comes to festivals like this, “be open to new things, try something new, experience something new, and learn from someone. It doesn’t mean you have to change your beliefs or your background. Experience the world around you. It’s such a beautiful world and such an awesome place where we can all live together,” Connie Williams said. 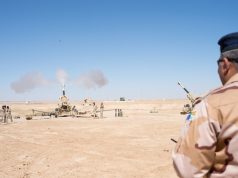 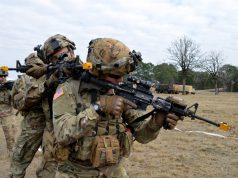 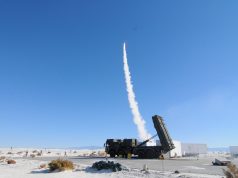