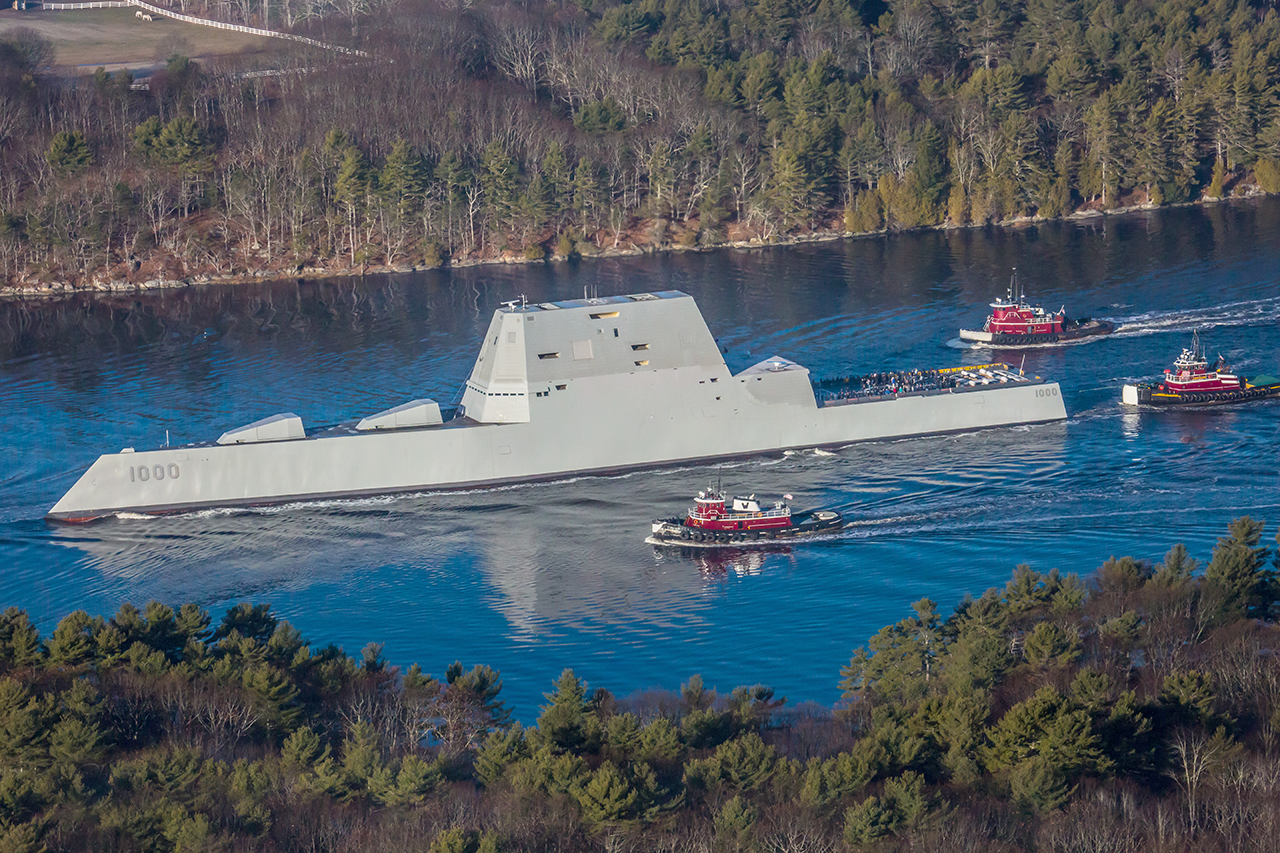 “It was a privilege to see the first of these revolutionary ships set sail,” said Raytheon’s Paul Ferraro, vice president of Integrated Defense Systems’ Seapower Capability Systems business. “The sea trials represent the culmination of years of design, development and production, systems and shipboard integration, testing and training. We share in the collective pride of the government- industry team, knowing what an outstanding contribution we’re making to the Navy and the nation.”

Raytheon provides electronic and combat systems for the three-ship class, contributing some of the most advanced systems in the Navy. These technologies will benefit these ships and the Navy for years to come.

Recent program milestones have advanced critical mission systems of the Zumwalt class. Raytheon’s onsite Ship Integration and Test team continues to work in close collaboration with the Navy and the shipyard, supporting ongoing installation, integration and testing in line with construction progress. Critical program accomplishments for each ship include:

Test and activation of equipment and components (exceeding 1,800 elements); the majority have been activated and were successfully demonstrated during Alpha Trials.
TSCE-driven engineering controls and data center have successfully activated and are fully functional onboard, supporting the Hull, Mechanical & Electrical phase of the program.
The integrated system was tested during sea trials, demonstrating more than 200 continuous hours of operation.
Navigation and bridge activation is complete.
More than 330 hours of training have been completed with the sailors of the DDG 1000 Pre-Commissioning crew, covering ship control system, TSCE operation, the integrated ship plan, combat systems overview and the fundamentals of the ship mission center.
The Raytheon team is poised to support combat and mission systems equipment activation.

On December 31, 2015, Raytheon was awarded a $255 million contract modification for remaining mission systems equipment for the third ship of the class.
With each ship at advanced stages of development and integration, the Raytheon team remains focused on the efforts ahead to deliver the critical technologies and capabilities of the Zumwalt-class to the Navy.