Under the contract, Rheinmetall will supply key capabilities for the upgrade. Included will be electronics and weapon technology to bring the tanks to Leopard 2 PL standard, which corresponds to the German Leopard 2 A5 and A6.

The contract is worth nearly $244.8 million for Rheinmetall.

“Rheinmetall’s willingness to share technology and operate in tandem with local industry proved decisive in prompting the Polish government to select Rheinmetall as its strategic partner,” Rheinmetall said. “For Poland, the contract will mean the creation of highly skilled jobs as well as obtaining valuable defense technology know-how.”

The Leopard tanks were bought from German Army surplus in 2002.

Rheinmetall gave no indication as to how long the modernization of the tanks would take. 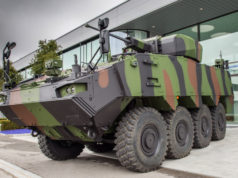