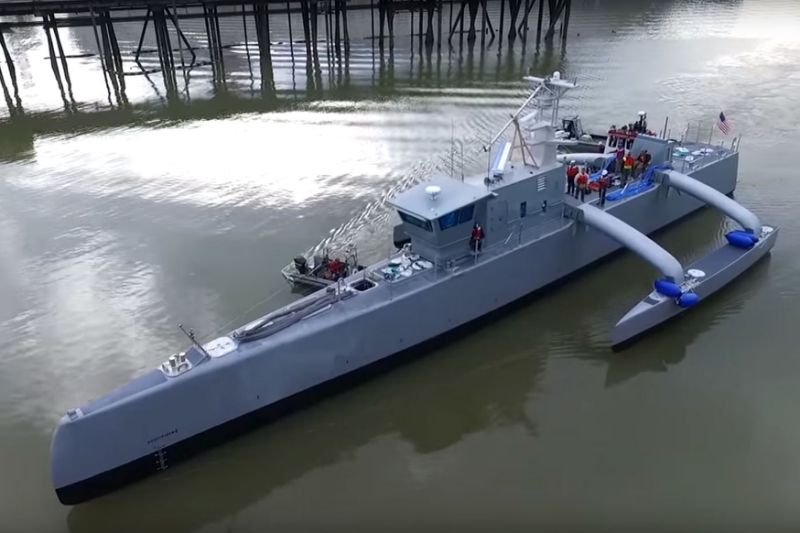 Drones may known for their prowess in the skies, but thanks to some new developments at the US Navy, they’ll soon be turning the open seas into their turf as well. A new video shows off an autonomous watercraft dreamed into reality from the men and women at the Defense Advanced Research Projects Agency (DARPA), all with the hopes of tracking submarines that haunt the depths of the ocean.

The very first prototype is meant to demonstrate the potential of what will ultimately become a fleet of unmanned ships, known as Anti-Submarine Warfare Continuous Trail Unmanned Vessels (to be pronounced “active” for short). The 132 foot long vessel managed to log a top speed of 27 knots during its test in Portland, Oregon, and it’ll be ready for open seas this summer when it launches from the California coast. The drone ship’s official christening is fast approaching on April 7, and the Navy seems pretty excited by the prospects of “an unmanned vessel optimized to robustly track quiet diesel electric submarines.” 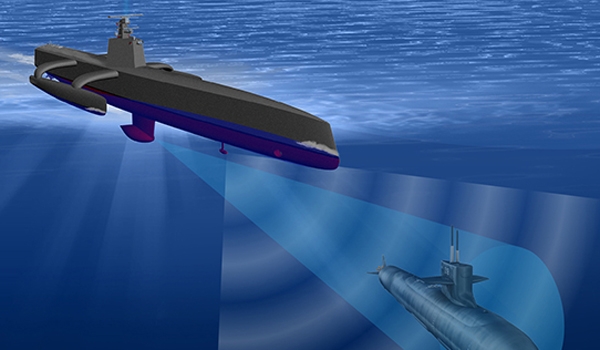 In addition to tracking submarines, the ACTUV could prove useful in a number of additional operations.Everything from serving as a supplier to other ships, countering undersea mines, and aiding in the logistics of complex operations could be carried out with these unmanned vessels, especially given their ability to remain at sea for three months at a time without a human crew.

In preliminary tests, the drone has successfully tracked a submarine from 1 kilometer away, which the Pentagon says is a major improvement in the technology. “Picking up the quiet hum of a battery-powered, diesel-electric submarine in busy coastal waters is like trying to identify the sound of a single car engine in the din of a major city,” said Rear Admiral Frank Drennan, commander of the Naval Mine and Anti-Submarine Warfare Command.

ACTUV ships are also expected to help lower costs for the U.S. Navy, helping it save human capital and resources with this autonomous technology. It’s still unclear as to whether these water drones will be weaponized, but if you happen to see an unmanned vessel floating around the California coast this summer, don’t be alarmed. It’s just an ACTUV ship, waiting to do its duty.