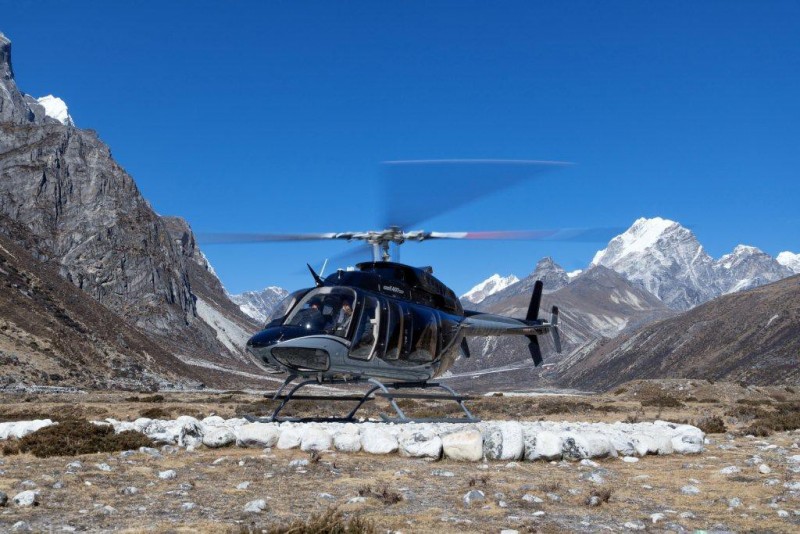 Fort Worth, TX (April 19, 2016) – Bell Helicopter, a Textron Inc. (NYSE: TXT) company, announced today the sale of a Bell 407GXP to Aerochine Aviation at the Asian Business Aviation Convention and Exhibition (ABACE) held last week. The aircraft will be outfitted for corporate and VIP transport, which continues to be a strong market segment throughout China.

Aerochine Aviation, an Independent Representative of Bell Helicopter for China, Hong Kong and Macau, joined Bell Helicopter leadership at their chalet to sign for the aircraft.

“Customers continue to praise the Bell 407GXP for its versatility and state-of-the-art technology that allows them to perform a range of missions,” said Chris Jaran, Bell Helicopter’s vice president of China. “We have an established relationship with Aerochine Aviation and look forward to delivering this aircraft and providing our industry-leading support when and where they need it.”

“With more than 40 Bell 407 aircraft operating throughout China, we are pleased to see the continued interest in our modern commercial product line from our Chinese customer base,” added Jaran.