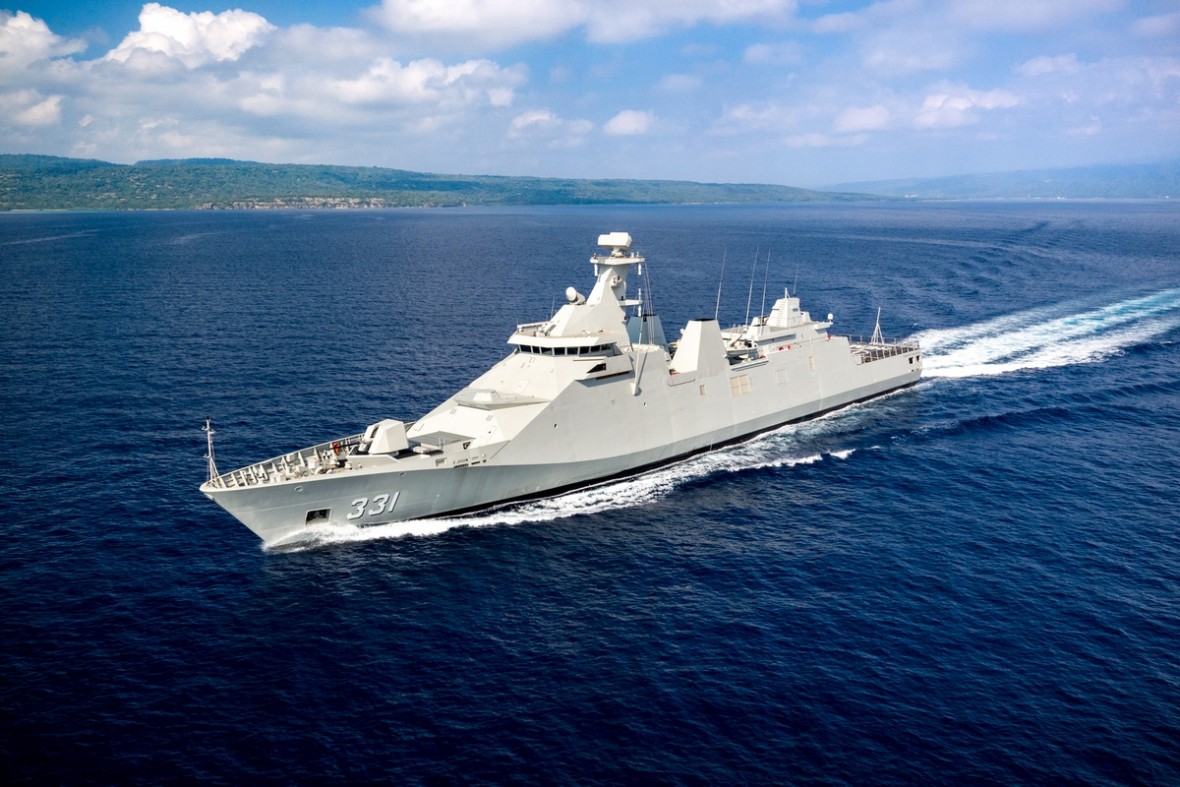 The first of two SIGMA 10514 PKR naval frigates for the Indonesian Navy has successfully completed its sea trials as of 7 September. This is a major milestone on a project for which the first steel was cut in January 2014.

The assessment phase began with seven days of basin trials to ensure that the propulsion and safety systems were fully operational before the vessel made the challenging passage from the PT PAL shipyard in Surabaya to the open waters of the Java Sea. There then followed two weeks of sea trials that included tests of a weapons system and the combat radar and commissioning of the sonar. Noise measurements and cavitation observations were also carried out.

The trials were successful, with almost all the systems passing their assessments first time around. Some elements, such as the accommodation, require minor modifications and these will be undertaken prior to three days of final tests at the end of September.

Flexibility through innovation
The 105-metre, 2,365 tonne PKR frigates are designed to undertake a wide range of missions in and around the waters of Indonesia. Their primary mission is anti-air, anti-surface and anti-submarine warfare. However, they are also equipped for maritime security, search and rescue, and humanitarian support tasks.

The two vessels have been/are being been built using a collaborative modular process operating simultaneously at Damen Schelde Naval Shipbuilding (DSNS) in the Netherlands and PT PAL shipyard in Indonesia. Each is made up of six modules, and for the first vessel four of these were built at PT PAL. The other two were built and fully tested at DSNS in the Netherlands before being shipped for final assembly at PT PAL.

The success of the programme rested on the two yards working together with the end client operating almost as a single unit. The strong relationship also allowed the massive technology-transfer programme to proceed smoothly, both in Indonesia and in the Netherlands.

The first Sigma 10514 is on schedule for delivery at the end of January 2017 following the completion of three months of crew training. Meanwhile, work is currently proceeding in both the Netherlands and Indonesia on the second vessel in the contract.

For nearly all vessel types Damen offers a broad range of services, including maintenance, spare parts delivery, training and the transfer of (shipbuilding) know-how. Damen also offers a variety of marine components, such as nozzles, rudders, anchors, anchor chains and steel works.

In addition to ship design and shipbuilding, Damen Shiprepair & Conversion has a worldwide network of 16 repair and conversion yards with dry docks ranging up to 420 x 80 metres. Conversion projects range from adapting vessels to today’s requirements and regulations to the complete conversion of large offshore structures. DSC completes around 1,500 repair and maintenance jobs annually.