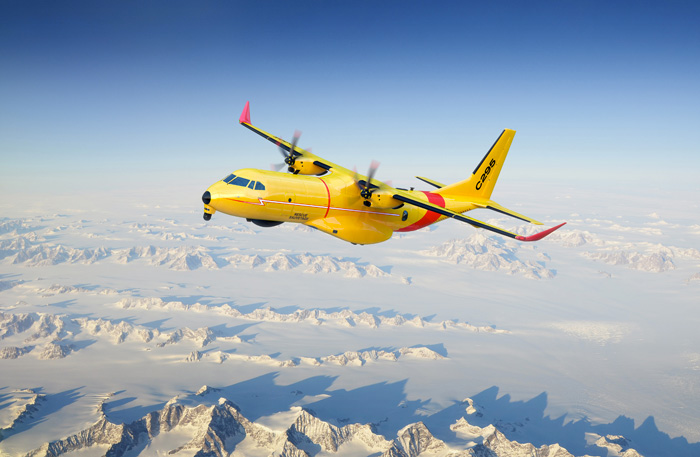 Today, the Government of Canada announced that it had selected the Airbus C295W for its Fixed-Wing Search and Rescue Program.

As part of the FWSAR program, the Royal Canadian Air Force (RCAF) will purchase 16 C295Ws modified for Search and Rescue (SAR). The contract will also include in service support, provided through a joint venture between Airbus Defence and Space and PAL Aerospace.

Simon Jacques, Head of Airbus Defence and Space in Canada said: “We are acutely conscious of the importance of search and rescue in Canada’s vast and challenging territory and we are honoured to have been selected to provide the aircraft and service to ensure that the role is carried out effectively.”

The C295W features substantial Canadian content. Every C295 is powered by Pratt & Whitney Canada engines, pilots will be trained at a new facility developed by CAE, and the electro-optical systems for FWSAR will be provided by L3 Wescam. In-Service Support for the life of the program will be provided by AirPro, a joint venture between Airbus Defence and Space and PAL Aerospace. In-service support will be conducted by Canadians in Canada.

Jacques added: “About 20 percent of the aircraft is already Canadian, meaning that it already serves as a global ambassador for the skills, innovation and expertise of Canadians. Now it will get to serve them directly.”

Canada’s C295Ws will be delivered starting three years after contract award. In service, they will join five Airbus CC-150 aircraft used in the air-to-air refueling, transport, and VIP travel roles.

Airbus Defence and Space Head of Military Aircraft, Fernando Alonso said: “It is extremely satisfying to receive this massive vote in confidence for the C295 from a highly demanding customer.”

“Coming at a time when the medium turboprop sector is in something of a down-cycle, it is a clear sign that the C295´s robustness, reliability and cost-effectiveness will ensure that it remains the market leader.”

“Additionally, it demonstrates that we are on the right path with our strategy of rapidly developing and adapting versions of our aircraft to address emerging market requirements.”

When the contract is finalised, 185 C295s will have been ordered by 25 countries.