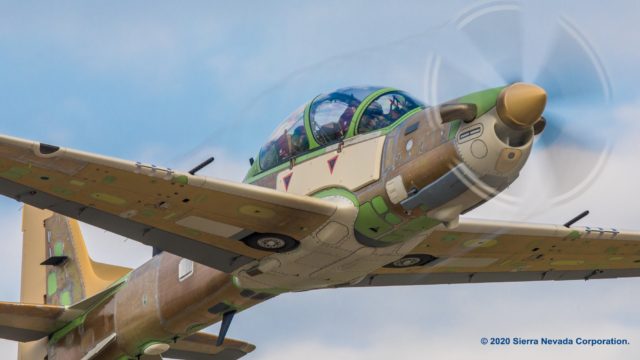 The full fleet of A-29 Super Tucano aircraft for the NAF are currently in production by SNC and Embraer at the Jacksonville facility with delivery to the NAF expected on schedule in 2021.

The NAF A-29 aircraft will now begin mission modification and final testing in Centennial, Colorado. Following final testing, before delivery, NAF pilots will train in the aircraft.

“This is an exciting milestone in the production of these A-29s for the Nigerian Air Force. The Jacksonville production line is active, and Embraer and SNC look forward to seeing these aircraft continue to roll off the line in the coming months,” says Jackson Schneider, president & CEO, Embraer Defense & Security.

“The aircraft met or exceeded all the requirements and we are very pleased with the successful flight,” stated Ed Topps, vice president of Tactical Aircraft Systems and programs for SNC’s IAS business area. “SNC and our partner, Embraer, are certain the Nigerian Air Force will be pleased with these aircraft.”

The combat-proven A-29 Super Tucano is the gold standard of light attack combat and reconnaissance aircraft around the world and is designed and built for the mission in Nigeria.

The A-29 Super Tucano is the most reliable and cost-effective solution for basic and advanced flight and combat training, close air support operations, Intelligence, Surveillance, and Reconnaissance (ISR), armed over-watch, counterinsurgency and irregular warfare scenarios.

The aircraft has already been selected by 15 air forces around the world to deliver cost-effective close air support and reconnaissance capabilities. 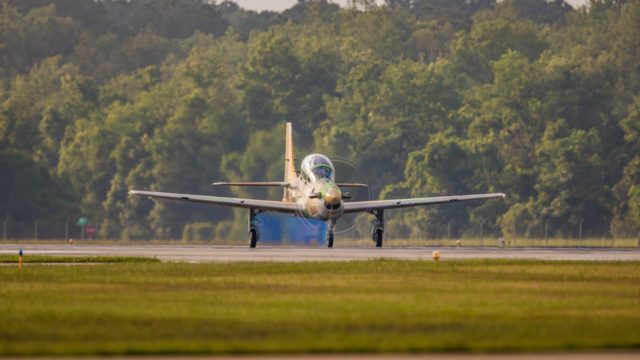 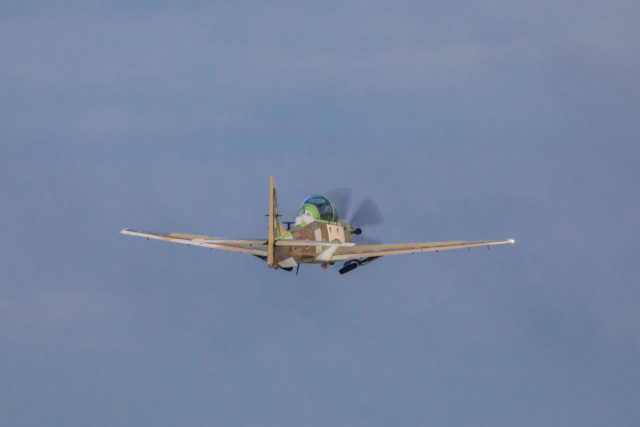 The A-29 Super Tucano is the gold standard for light attack, combat and reconnaissance aircraft. Built in the U.S. by Sierra Nevada Corporation and its partner, Embraer Defense & Security, the A-29 has been selected by 15 Air Forces worldwide including Afghanistan and Lebanon. The A-29 is a versatile and powerful turboprop aircraft and is known for its rugged and durable design, which allows it to perform operations from unimproved runways and at forward operating bases in austere environments and rugged terrain. The A-29 is the only light attack aircraft in the world with a U.S. Air Force Military Type Certificate.

Embraer Defense & Security is the leading aerospace and defense industry in Latin America. In addition to the A-29 Super Tucano light attack and advanced trainer and the multi-mission C-390 Millennium military airlift, it provides a full line of integrated solutions and applications such as Command and Control Center (C4I), radars, ISR (Intelligence, Surveillance & Reconnaissance) and space. This also includes integrated systems for information, communications, border monitoring and surveillance as well as aircraft for authorities’ transportation and special missions. With a growing presence on the global market, Embraer Defense & Security products and solutions are present in more than 60 countries.