Boston Dynamics’s robot dog has been in a variety of places and scenarios, from jumping rope to an unauthorized, “provocative” paintball game. Now, Spot is also being prepared to take on the battlefield. 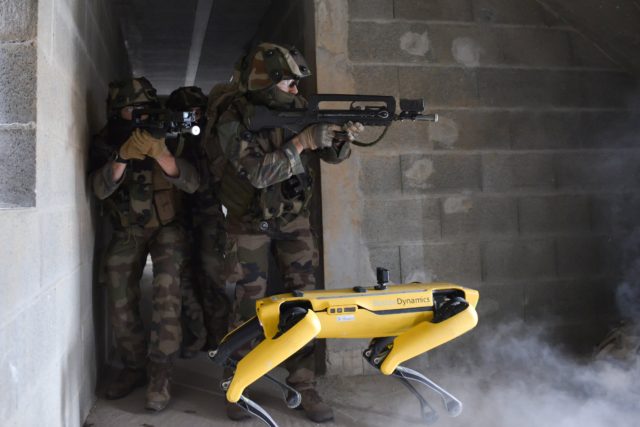 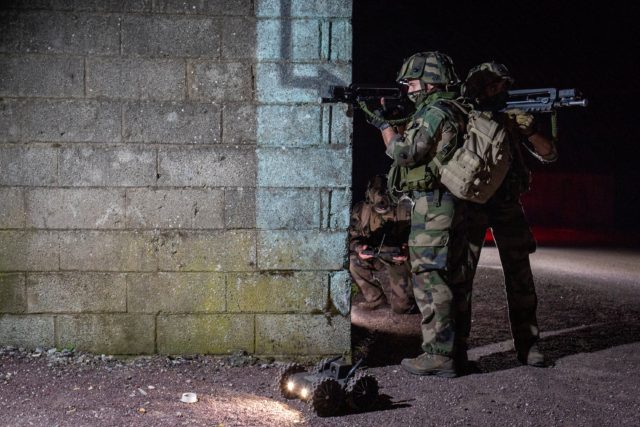 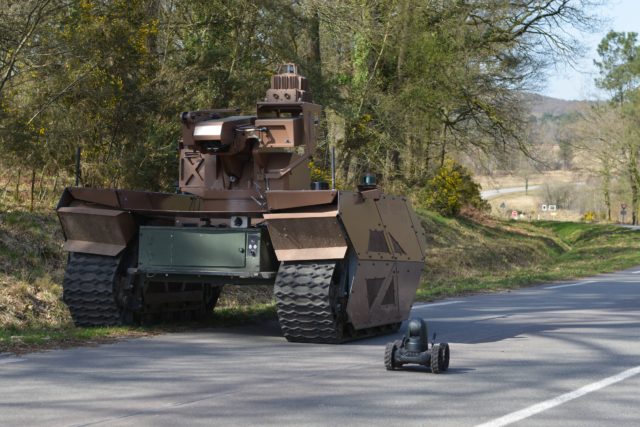 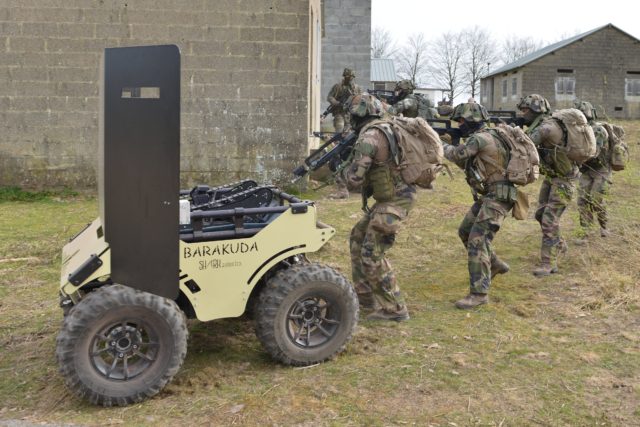 Spot was part of an effort for military students to learn about the potential of robots being used on the battlefield in the future, The Verge reported. Other robots were also being used as part of the training, which ran for two days.

Michael Perry, the company’s vice president, told that while he knew European distributor Shark Robots had a supply of the robots, the company didn’t know about their exact use.

In the past, Boston Dynamics — whose terms of service say their products “cannot be used to harm or intimidate people or animals” — has been critical of their robots being used as weapons. MSCHF, a performance art company in Brooklyn, once mounted a paintball gun to Spot. Called “Spot’s Rampage,” the event allowed random people to control Spot for two minutes while the robot was inside an art gallery.

“Provocative art can help push useful dialogue about the role of technology in our daily lives,” the company said at the time. “This art, however, fundamentally misrepresents Spot and how it is being used to benefit our daily lives.”

Boston Dynamics’ CEO told that the company had clear policies forbidding suppliers or customers from weaponizing the robot, but that the firm is “still evaluating” whether or not to ban non-weaponized deployments by military customers.

“We think that the military, to the extent that they do use robotics to take people out of harm’s way, we think that’s a perfectly valid use of the technology,” says Perry. “With this forward-deployment model that you’re discussing, it’s something we need to better understand to determine whether or not it’s actively being used to harm people.”

Despite worries from researchers and advocates, militaries around the world are increasingly pushing robots onto the battlefield. Remotely operated drones have been the most significant deployment to date, but other use cases — including robots that can scout, survey, and patrol — are also being tested.

Robotic quadrupeds similar to Spot built by rival firm Ghost Robotics are currently being tested by the US Air Force as replacements for stationary surveillance cameras. If robots prove reliable as roaming CCTV, it’s only a matter of time before those capabilities are introduced to active combat zones.