Jeff Bezos, the founder of online retail giant Amazon and the world’s richest man, launched into space on Tuesday morning atop a rocket built by his space exploration company, Blue Origin. 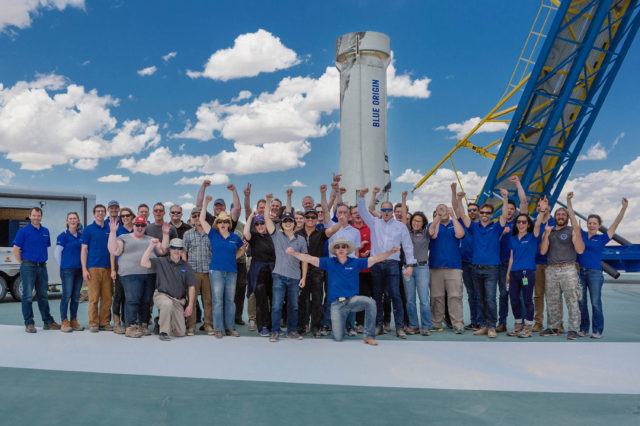 Bezos and three others lifted off around 9:10 a.m. ET on Tuesday from Blue Origin’s launch pad in Van Horn, Texas — a tiny town in the western part of the state. 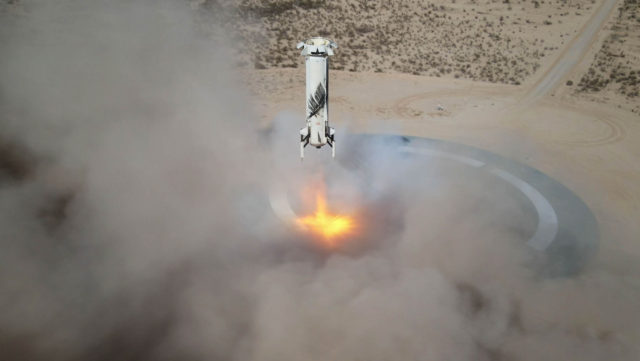 Blue Origin’s broadcast feed played audio of Bezos and other crew members whooping and cheering as they left Earth’s atmosphere.

With Tuesday’s flight, Wally Funk, 82, became the oldest person to travel into space, she trained with NASA in the 1960s with Project Mercury, the NASA astronauts who were among the first to travel into space. Funk was slated to travel with an all-female crew, but the mission was later scrapped, and she never traveled to space, until today.

Daeman, 18, became youngest person to travel into space the Associated Press reports. He is the son of Joes Daeman, the CEO of a Dutch real estate private equity firm. In an auction to determine the final seat on the flight, Daeman was outbid by an anonymous bidder who paid $28 million to join the flight. However, in a blog post on Thursday, Blue Origin said that the anonymous bidder had to drop out due to a “scheduling conflict.”

The capsule that the group traveled in on Tuesday was fully automated, meaning no pilot controlled its movements.

ccording to the Associated Press, the craft launched atop Blue Origin’s 60-foot New Shepherd rocket and traveled to speeds of up to Mach 3.

The capsule separated from the rocket, which returned to Blue Origin’s launch pad for a successful upright landing. The capsule then continued to travel to about 66 miles above the Earth’s surface, where travelers will experience three to four minutes of weightlessness. 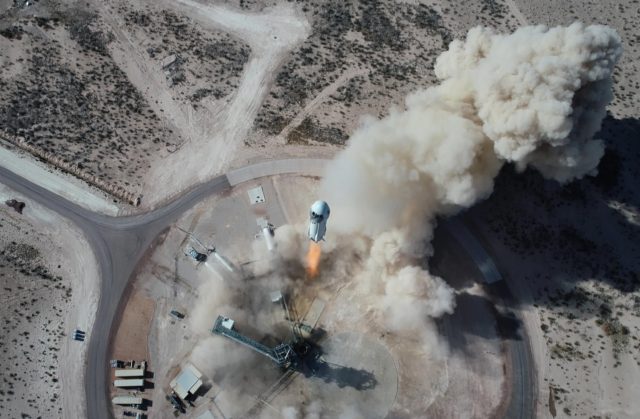 After a brief period in space, the capsule fell back to Earth before parachutes deployed, allowing the craft to land in the Texas desert. The entire flight lasted about 11 minutes.

“You have a very happy crew up here, I want you to know,” one crew member yelped as the capsule touched down in the Texas desert.

Bezos is the second billionaire this month to travel into space. On July 12, Virgin Galatic founder Richard Branson rocketed into space aboard one of his crafts, which was operated by two pilots and launched from a mothership.