Ethiopia crisis: US embassy allows voluntary departure of some staff

The US embassy in Ethiopia has authorised the voluntary departure of non-emergency government staff and family members because of armed conflict, it said on its website, as rebel forces in the country’s north make advances.

The decision came after the United States said on Wednesday it was “gravely concerned” about the escalating violence and expansion of hostilities, repeating a call for a halt to military operations in favour of ceasefire talks.

“The [State] Department authorised the voluntary departure of non-emergency US government employees and family members of emergency and non-emergency employees from Ethiopia due to armed conflict, civil unrest, and possible supply shortages,” the embassy said in a statement.

Travel to Ethiopia is unsafe and further escalation is likely, it said, adding “the government of Ethiopia has previously restricted or shut down internet, cellular data, and phone services during and after civil unrest”.

Government spokesman Legesse Tulu did not immediately respond to a telephone call seeking comment on the US embassy statement.

“The Ethiopian government continues to accuse the US of siding with the TPLF. This comes in addition to plans to cancel a US-Ethiopia trade agreement that creates thousands of jobs in Ethiopia’s industrial parts,” he said. 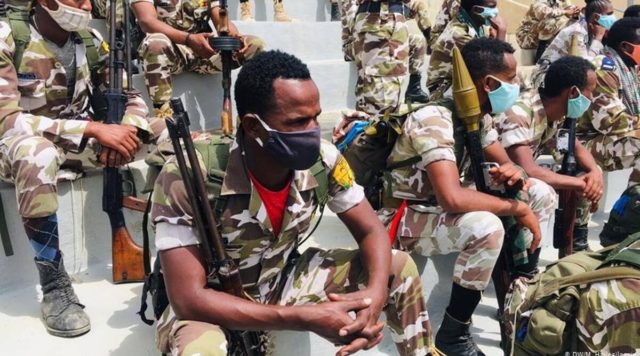 On Tuesday, Ethiopia declared a state of emergency, with forces from the northern region of Tigray threatening to advance on the capital, Addis Ababa, after claiming control of key northern towns.

Jeffrey Feltman, the US special envoy for the Horn of Africa, is expected to arrive in Addis Ababa on Thursday to press for a halt to military operations in the north and to seek the start of ceasefire talks.

On Wednesday, the United Kingdom urged its citizens to review their need to stay in Ethiopia and consider leaving while commercial options were available.

Ethiopian Prime Minister Abiy Ahmed, the Nobel Peace Prize winner in 2019, has pledged to bury his government’s enemies “with our blood” as Tigrayan rebels and their Oromo allies threaten to advance on the capital.

An earlier call to “bury” the enemy in a statement posted on Abiy’s official Facebook page over the weekend was removed by the platform for violating its policies against inciting and supporting violence, the company said.

Tigrayan forces are in the town of Kemise in Amhara state, 325km (200 miles) from the capital, a spokesman for the TPLF, Getachew Reda, told the news agency Reuters late on Wednesday, pledging to minimise casualties in their drive to take Addis Ababa.

Journalist Samuel Getachew said it was difficult to determine whether rumours about TPLF fighters moving on the capital was true due to conflicting reports.

“The Ethiopian government has not even acknowledged the fall of Dessie and Kombucha to the TPLF. [Meanwhile,] there are news reports that TPLF soldiers are in the suburbs of Addis Ababa,” he said.

A regional analyst in touch with the parties to the war and who spoke to Reuters on condition of anonymity said the TPLF was likely to hold off on any advance on Addis Ababa until they secured the highway running from neighbouring Djibouti to the capital.

That requires seizing the town of Mille. TPLF spokesman Getachew Reda said on Tuesday that Tigrayan forces were closing in on Mille. 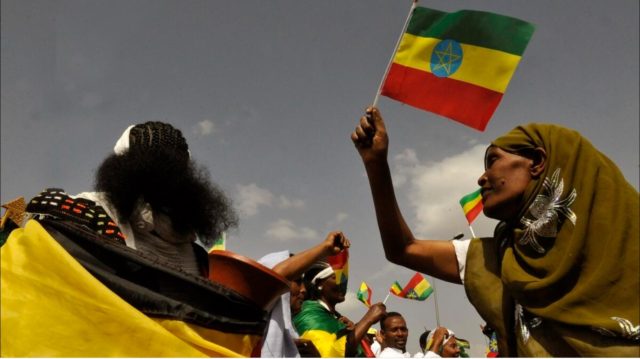 Uganda’s President Yoweri Museveni called on Thursday for an East African leaders’ summit on November 16 to discuss the conflict in Ethiopia, according to a Ugandan foreign affairs official.

Urgent new efforts to calm the escalating war are under way as a US special envoy visits Ethiopia and the president of neighbouring Kenya called for an immediate ceasefire.

The lack of dialogue “has been particularly disturbing”, Kenyan President Uhuru Kenyatta said in a statement, as the war has killed thousands of people and displaced millions since November last year.

The spokeswoman for Prime Minister Abiy, Billene Seyoum Woldeyes, did not immediately respond on Thursday when asked whether the leader would meet with US special envoy Feltman, who this week insisted that “there are many, many ways to initiate discreet talks”.

But so far, efforts for such discussions have failed. 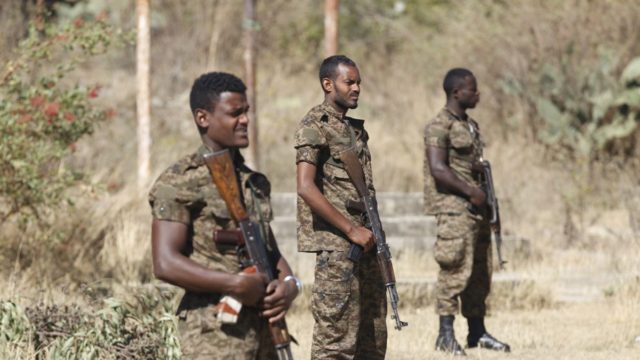 Last week, a congressional aide told The Associated Press news agency that “there have been talks of talks with officials, but when it gets to the Abiy level and the senior [Tigrayan forces] level, the demands are wide, and Abiy doesn’t want to talk”.