First sea trial for the FREMM DA Lorraine, the tenth and last of the multi-mission frigate series

On February 22, 2022, Naval Group started the first sea trials of the FREMM DA Lorraine, an important step before the frigate’s delivery. For several days, the eighth FREMM to be delivered to the French Navy and second with enhanced air defence capabilities (FREMM DA), will undergo sea trials off the coast of Brittany

First sea trials of the last of the French FREMM series
Ordered by the Organisation for Joint Armament Cooperation (OCCAR), on behalf of the French Procurement Agency (DGA) and the French Navy, the FREMM DA Lorraine is the eighth and last multi-mission frigate to be built for the French Navy. It is also the second FREMM with enhanced air defence capabilities (FREMM DA).

Two hundred and fifty people are mobilized to prepare this first sea trial. This session will enable the performance of the ship’s propulsion and navigation systems to be tested. Several campaigns will then be carried out to test all the systems. FREMM DA Lorraine will then be delivered by the end of the year.

Didier Trehin, Naval Group on-board manager for this first campaign, said: “This first sea trial is a very important moment, especially as this is the last frigate of the FREMM series. This is the first time the ship has been at sea. This milestone also symbolizes three years of preliminary work with our teams and partners. Thanks to exchanges since the beginning of this program in 2005, the FREMM DA Lorraine carries the most recent and efficient technologies on board”.

After being launched in November 2020, the first sea trial of the FREMM DA Lorraine is taking place on schedule and in accordance with the company’s contractual commitment to deliver the ship in 2022. Naval Group teams and partners have been mobilized to meet this milestone despite the Covid crisis. 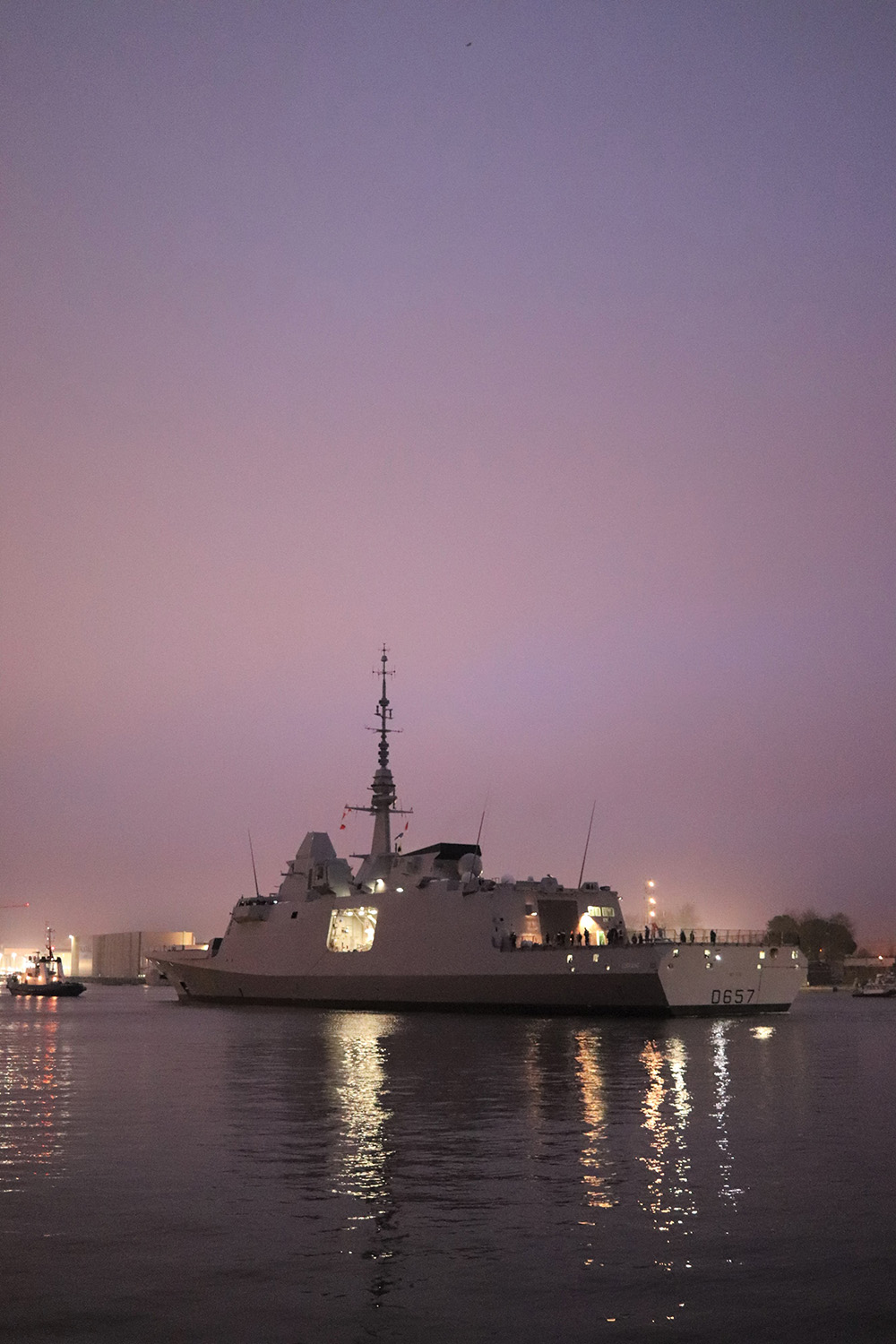 FREMM benefited from the program’s feedback, from the start of the construction

With 3,500 hours at sea per year, the FREMMs’ level of availability at sea is unmatched and is an important source of information. The permanent dialogue between the navies, the DGA, the OCCAR, as well as the construction and maintenance teams, enables Naval Group to propose technologies adapted to the evolution of its customers’ operational needs.

As a result of this operational feedback, the FREMM DA Lorraine benefits from the deployment of new functions: enhanced cyber capabilities, deployment of Liaison 22 (NATO’s secure digital radio system), reduced width mast, replacement of the optronic artillery fire control by a radar/optronic fire control, or the integration of a tactical table.

Multi-mission frigates, designed and built by Naval Group, are polyvalent, stealthy and highly automated ships capable of responding to all types of air, sea, submarine or land threats.

The operational excellence of FREMMs is recognized worldwide, such as by the US Navy, whose 6th Fleet has awarded the Hook’em Award to four FREMMs for their excellence in anti-submarine warfare two years in a row.

A multi-mission frigate represents four million hours of work, about half of which benefits the supply chain and local actors. The design, construction and maintenance of FREMMs mobilize two hundred and fifty unique skills, some of which are so specific that they require up to eleven years of training (carpenter-sheet metal worker, hull welder, boilermaker, etc.).

The frigate will be based in Toulon alongside the FREMM DA Alsace to provide air defence for major units such as the Charles de Gaulle aircraft carrier or the amphibious helicopter carrier (PHA), as part of a naval or amphibious strike group. The FREMMs with enhanced air capabilities, Alsace and Lorraine, are thus able to carry out the same anti-submarine warfare missions as the other FREMMs in the series, in addition to their enhanced air capabilities.

The FREMM DA also use the most advanced weapons and equipment systems such as the Herakles multifunction radar supplied by Thales, the Aster 15 and 30 and Exocet MM 40 missiles, the MU 90 torpedoes and three additional Combat Management System Setis® consoles in the “central operations”. Like the other FREMMs, the Lorraine will carry the NH90 helicopter (Caiman Marine), whose use is supported by the SAMAHE® system supplied by Naval Group. 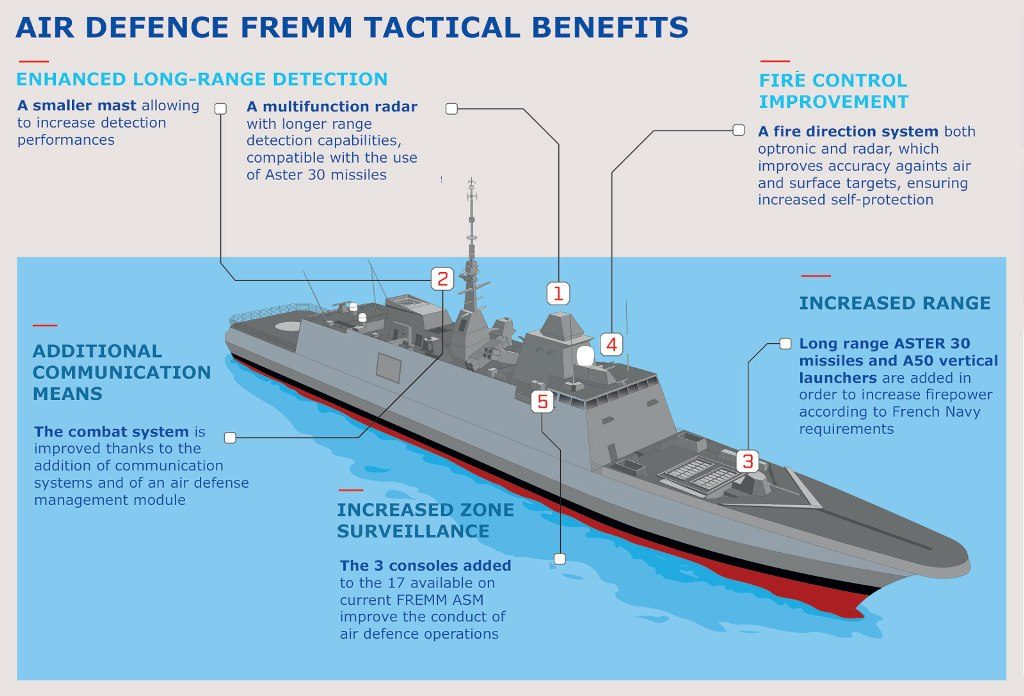