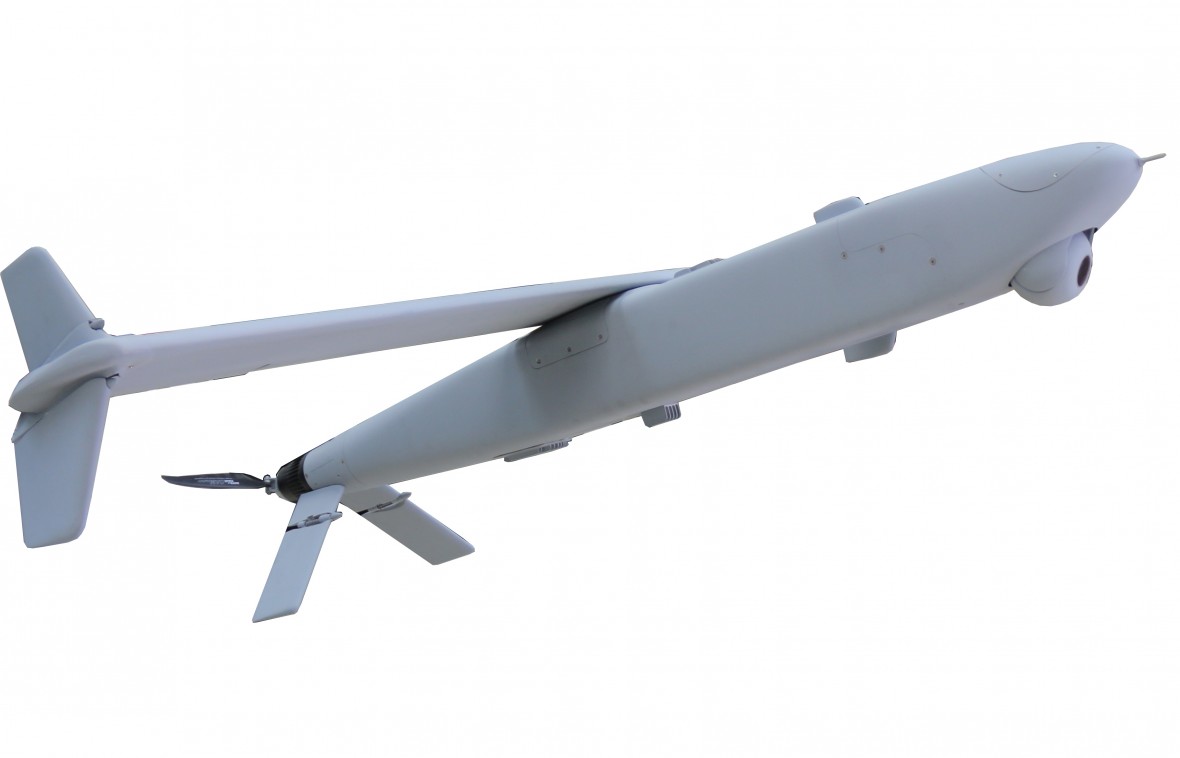 February 15, 2016– Israel Aerospace Industries (IAI) today unveiled at the Singapore Airshow the newest members in its Loitering Munitions (LM) family.
IAI is the world’s pioneer in developing and fielding various types of LMs: the most prominent so far being Harpy (an autonomous anti-radiation LM for SEAD/DEAD missions) and HAROP, an Electro-Optical/Infra-Red (EO/IR)-guided, man-in-the-loop LM, designed to locate, track and destroy high quality static and mobile targets. Both systems have been sold extensively worldwide.

The first member in the extended family is the Harpy NG (New Generation), which is designed to counter the newer types of air defense radar threats that have evolved since the introduction into service of its former version.

An additional new member in IAI’s family of LM’s is the Green Dragon, a tactical, low-cost LM designed to provide small ground units and special operations units with significant situational awareness and firepower in a compact envelope. Green Dragon is a silent, all electric LM with up to two hours of loitering time, during which its operator can collect visual intelligence of surrounding areas up to a range of 40 km.

This LM can locate, acquire and dive on operator designated targets with a warhead of nearly 3 kg and extremely high accuracy (better than 1 m CEP). The Green Dragon is launched from a sealed canister: as many as 12-16 units can be carried on a small vehicle and launched upon request. The operator has a small tablet-sized control panel and a tactical low-power datalink to the LM. The Green Dragon operator also has a built-in “abort and go around” capability to prevent unnecessary collateral damage or mistaken targeting. The unique combination of silent operation, long mission endurance, long-range communication and pinpoint accuracy, coupled with secured “in canister” logistics, make the Green Dragon an ideal cost-effective weapon for infantry, Special Ops and other similar users.

The last of the four Offshore Patrol Vessel 87 (OPV 87) ordered to Naval Group by the Argentinean Navy,...
Naval Industry