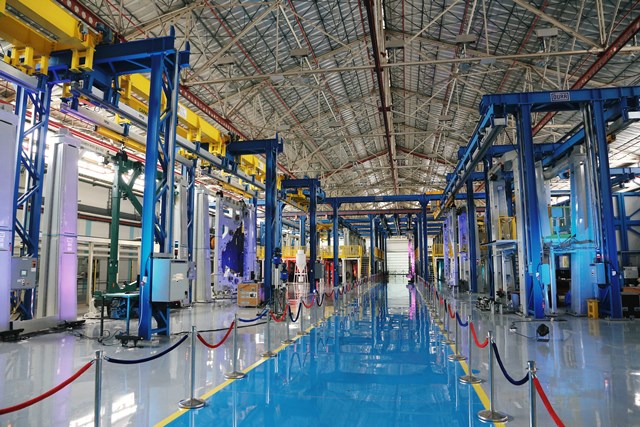 February 15, 2016 – Israel Aerospace Industries (IAI) received an additional contract from Lockheed Martin to produce 40 wing sets for the F-35 Lightning II multi-role stealth fighter aircraft. IAI is scheduled to produce more than 800 pairs of F-35 wings, with a potential value of $2.5 billion, during the next 10-15 years. Since starting production in 2015, IAI has produced six wing sets and is expected to deliver a total of 12 sets during the first half of 2016.

Following execution of the initial contract in 2014, IAI inaugurated a state-of-the-art automated F-35 wing production line, investing in the required advanced systems and technologies to meet the aircraft’s innovative design. Production is extremely accurate and ensures protection of the environment during all stages of the production process. The jets wing’s upper and lower skins are made of composite materials, developed especially for the F-35.

The wing production center at IAI’s Lahav Division is renowned for its extensive experience and knowledge in producing wings for the F-16 and T-38 aircraft, as well as aero structure assemblies for other aircraft and customers.

“Lockheed Martin recognizes IAI’s commitment to the F-35 program and understands the importance of the quality delivered by the IAI team,” said Jeff Babione, Lockheed Martin F-35 program manager. “This order demonstrates our confidence in the continued performance and we look forward to continuing our healthy relationship long into the future.”

Joseph Weiss, president and CEO of IAI: “The award reflects a strong vote of confidence in IAI’s abilities and commitment to this partnership, part of the development of the most advanced fighter aircraft ever produced. We are extremely proud of this cooperation and believe it will continue to be strengthened in the future.”