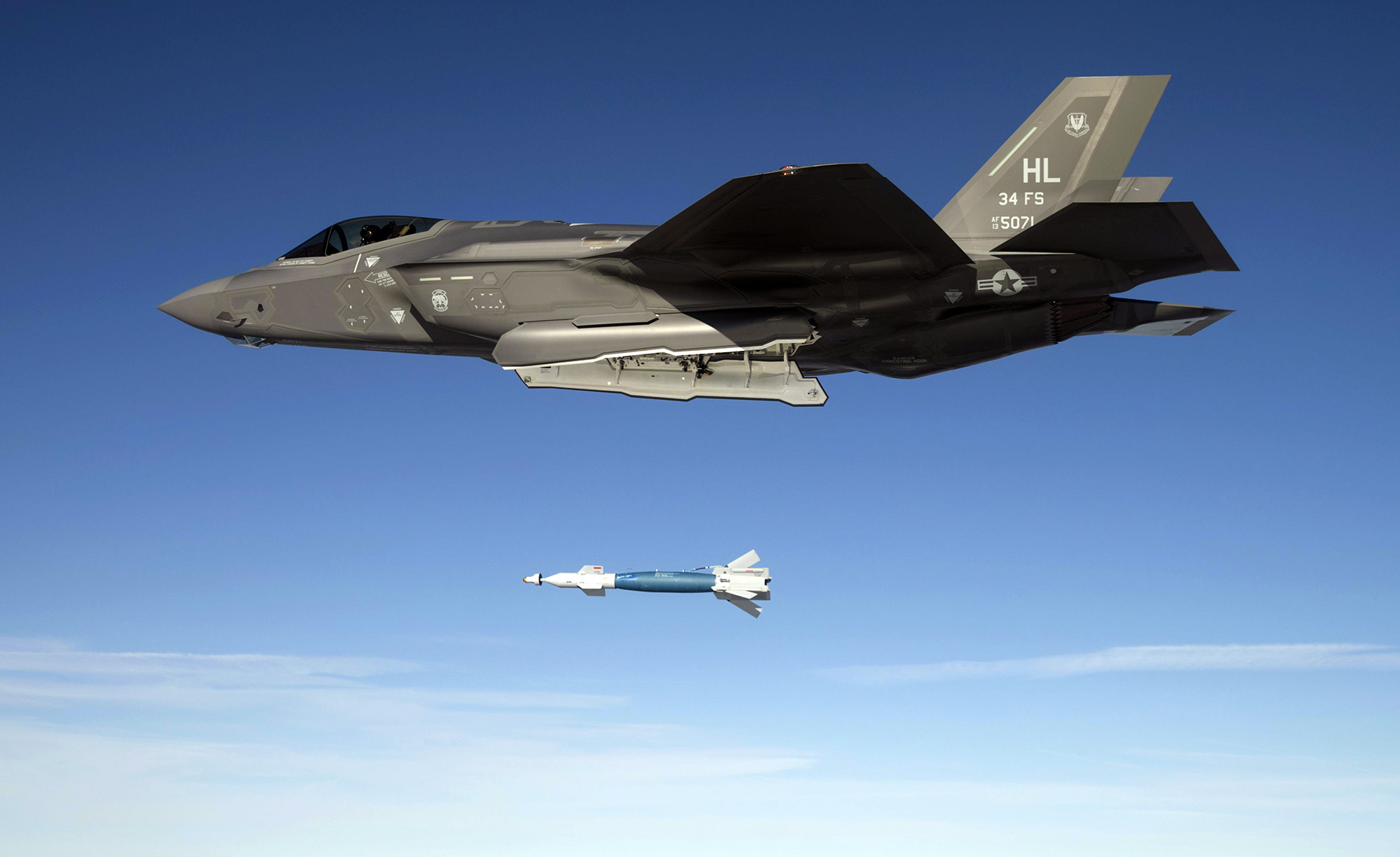 HILL AIR FORCE BASE, Utah (AFNS) — Airmen from the 388th and 419th fighter wings dropped laser-guided bombs at the Utah Test and Training Range the week of Feb. 25, marking the first time an F-35 Lightning II combat unit has deployed weapons from the F-35A.

Lt. Col. George Watkins, the 34th Fighter Squadron commander, said dropping weapons from the F-35 allows pilots to more fully engage the aircraft and confirm that everything works as planned.

“This is significant because we’re building the confidence of our pilots by actually dropping something off the airplane instead of simulating weapon employment,” Watkins said.

Air Force F-35s have dropped weapons in test environments, but this is the first time it’s been done on jets designed to deploy once the Air Force declares initial operational capability, which it plans to do between August and December. IOC will be announced when the Air Force deems the F-35 combat capable.

Lt. Col. Darrin Dronoff, the director of Hill’s F-35 Program Integration Office, said that while this achievement is a significant step toward Air Force IOC, the milestone goes beyond that mark.

“The pilots and weapons loaders in the 388th and 419th fighter wings are perfecting their skills not only to prove aircraft capabilities, but they’ll also be the Airmen called upon to take the F-35 to combat, whenever that call may come,” he said.

Hill’s F-35 pilots will begin flying the F-35 in four-ship formations, which is the standard configuration flown in contested combat scenarios, as early as March.