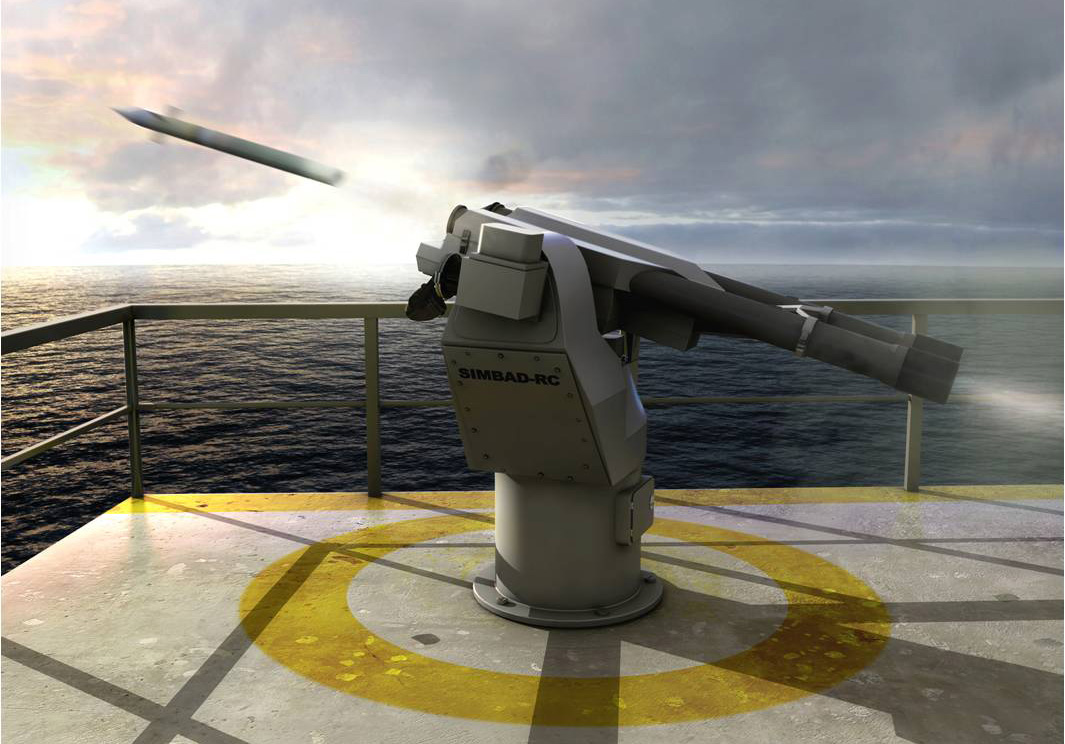 MBDA has successfully completed two Mistral firings using a SIMBAD-RC firing post. These trials represent the last technical milestone before delivery to its first customer. They served to validate the interface between the missile and the new twin-launcher , confirming the correct departure of the missile from the firing post, as well as the system’s ability to carry out salvo firings.

The two firings were carried out using two different launch trajectories. Tests in different mechanical and climatic environments will complete the qualification of the system.

The SIMBAD-RC is a remotely-controlled, very short range naval air defence system that provides highly efficient capabilities against a wide range of threats, from fighter aircraft through to anti-ship missiles or small-sized threats such as Unmanned Air Vehicles. SIMBAD-RC gives an easy to set up, self-defence capability to patrol vessels and support craft, or complements the air defence capabilities of other ship types. Each turret supports two ready-to-fire missiles. The turrets are remotely-operated and so allow the operator to remain under cover, thereby ensuring longer operational availability in case of a combat alert.

Antoine Bouvier, CEO of MBDA, said: “The SIMBAD-RC programme illustrates how MBDA helps customers leverage their previous acquisitions. Starting from a market standard such as the Mistral missile, of which more than 17,000 have been produced and are in service in nearly 30 countries worldwide, we have built a simple to operate and highly automated system that greatly improves the operational use of the missiles already in service.