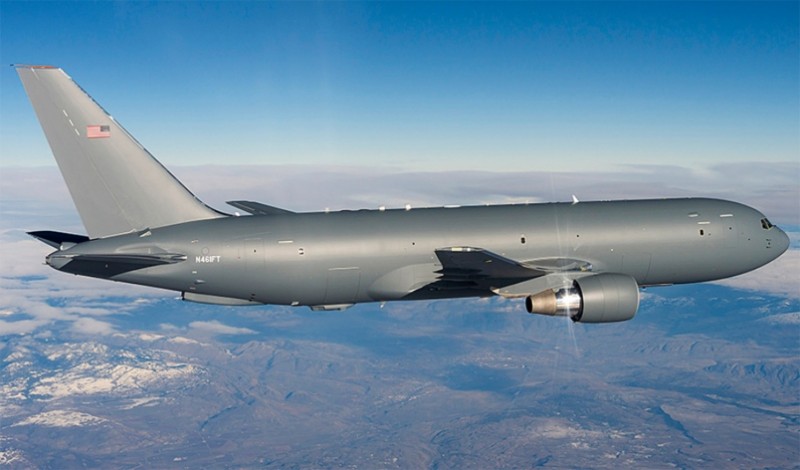 Boeing’s delay in delivering aerial refueling tankers to the Air Force may bring the company financial penalties or negative ratings that could affect future contracts, according to a service document.

The Air Force office that’s overseeing the company’s $4.8 billion contract to develop and build the first KC-46 tankers said in a quarterly update that it “will use all the tools available to motivate Boeing to meet its schedule commitments and penalize Boeing when it fails to meet schedule commitments.”

Since the update was sent to Pentagon acquisition officials last month, the Air Force and Boeing agreed that a five-month delay in delivering the first 18 tankers was inevitable.

While the contract required that all 18 tankers be delivered by August 2017, only the first plane is now expected to be ready by then and the last in January 2018. Even meeting that deadline will require fixing technical problems with the design of a system to dispense fuel, the Air Force said.

“We’re disappointed that a design issue is forcing a schedule slip,” Frank Kendall, the Pentagon’s top weapons buyer, said in an e-mail. “The hope was that the issue could be resolved quickly with a software fix, but so far that has not proven to be the case. The Air Force will continue to enforce the contract it has with Boeing.”

Potential enforcement tools cited by the program office include withholding “progress payments,” which are paid as milestones are met, downgrading Boeing’s ratings in performance assessments that can count against a contractor in future contract competitions and opening the purchase of additional tankers to competition earlier than planned. Currently, Boeing is assured of getting the first 179 tankers.

“The KC-46 contract does not contain pre-defined penalties for missing schedule deadlines,” Air Force spokesman Major Rob Leese said in an email. “As with any contract schedule breach, the Air Force will seek consideration commensurate with the impact of the breach. ”

The KC-46, built using the airframe of Boeing’s 767 commercial jet, will carry 212,229 pounds of fuel and is designed to resupply any U.S. warplane, including two simultaneously. Intended to replace the Air Force’s aging fleet of KC-135 tankers, it also will be capable of carrying as many as 18 cargo pallets and performing medical evacuations of as many as 58 passengers.

Boeing is “now very clearly at the point in the program where we’re not discovering new technical issues,” Boeing Chief Executive Officer Dennis Muilenburg said Thursday at the Bernstein Strategic Decisions Conference in New York. The latest delays are related to the work needed to retrofit initial production models with upgrades discovered during flight-testing, Muilenburg said.

While Boeing has tested a possible software fix, the Chicago-based company decided it “wasn’t as robust as we wanted,” Muilenburg said.

The tanker delay “has been more of a sentiment or confidence issue with shareholders,” Byron Callan, a defense analyst with Capital Alpha Partners in Washington, said in an email. “This was a mature airframe and aerial refueling is not a new technology. The delays gnaw on confidence as investors still don’t understand why this has been so hard for Boeing.”

The company has already incurred $1.5 billion in pretax charges to cover overruns with the contract since 2014. The Air Force’s liability is capped at the $4.82 billion ceiling price, after which Boeing must pay for any overruns.

In addition to Boeing missing the top contractual requirement for delivery of the 18 tankers, the Air Force said a decision on approving two initial production contracts valued at about $3 billion has been delayed to August, a year later than originally scheduled.

The Senate Appropriations committee in a report accompanying its defense funding legislation for fiscal 2017 expressed concern about the tanker’s progress even before the latest delay was announced.

“The program has only completed roughly 20 percent of development flight test and recently identified a critical issue with the refueling boom,” the panel said. “The Air Force is still performing testing to determine if the solution requires software or hardware changes, or both.”

Still, the committee, like the other three congressional defense policy and spending panels, approved the service’s $2.8 billion request to buy 15 aircraft.