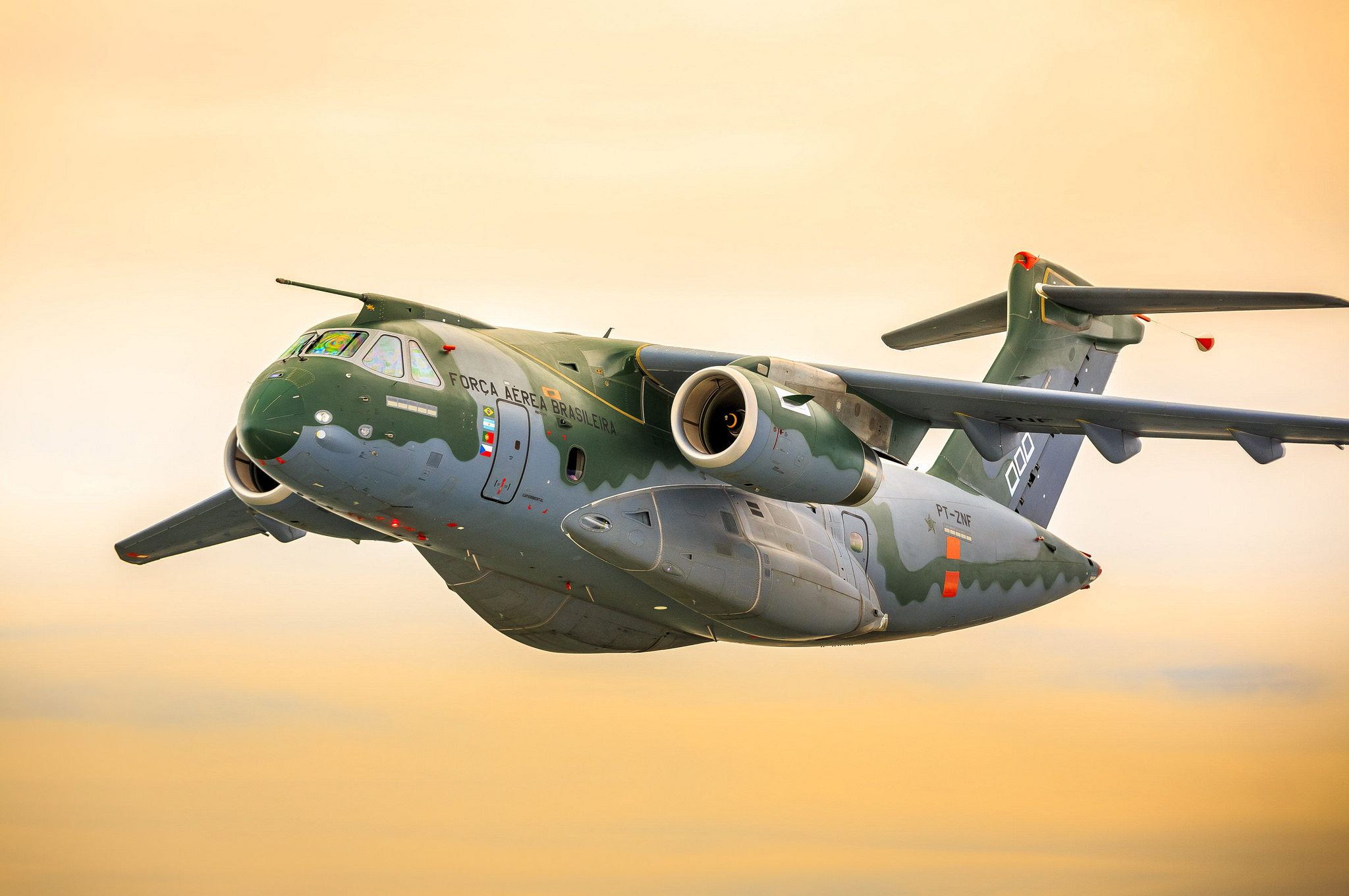 FARNBOROUGH, UNITED KINGDOM, July 11, 2016 – Embraer [NYSE: ERJ; BOVESPA: EMBR3] and Boeing [NYSE: BA] have signed a teaming agreement to jointly market and support the KC-390, a multi-mission mobility and aerial refueling aircraft. Under the agreement the companies will together pursue new business opportunities, both for the aircraft itself and for aircraft support and sustainment. Embraer will provide the aircraft while Boeing will be responsible for in-service support.

The agreement expands an existing collaboration between the two companies. In 2012, the two companies first announced their intention to jointly market the aircraft. “The expansion of our relationship makes the best medium-sized airlift product available to customers, bolstered by the best support available,” said Jackson Schneider, president and CEO of Embraer Defense & Security. “Boeing has outstanding experience in the military mobility market and the KC-390 is the most effective aircraft in its category.”

“The teaming agreement between Boeing and Embraer brings together two strong companies and underscores our commitment to branch out beyond the traditional OEM role into services for non-Boeing aircraft,” said Ed Dolanski, president of Boeing Global Services & Support. “Our advantage is Boeing’s global reach, which provides greater flexibility, enabling us to quickly respond to customers, as well as take advantage of synergies that help lower costs — savings we can pass on to the customer.” 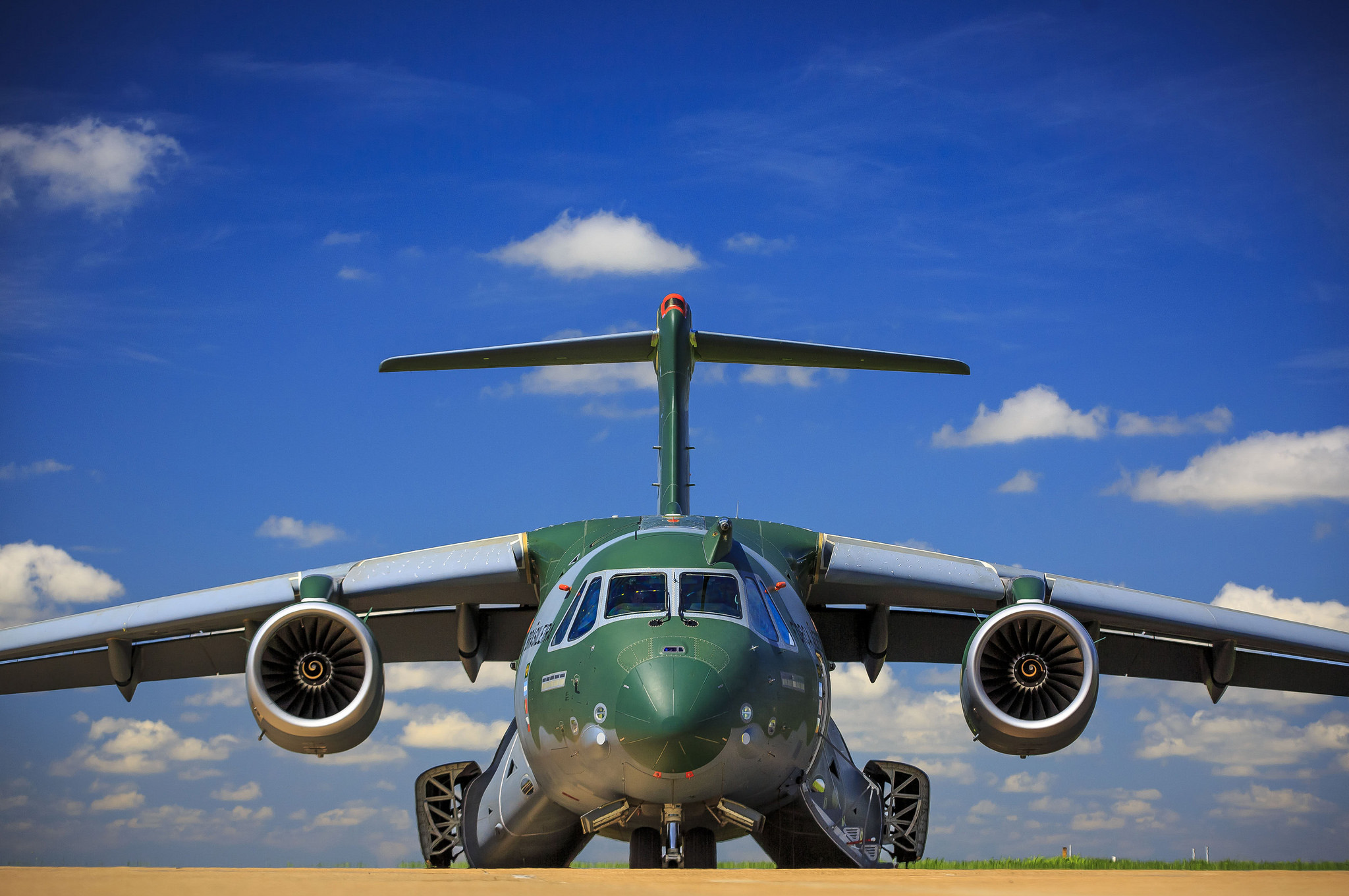 The Embraer KC-390 is a tactical transport aircraft designed to set new standards in its category while presenting the lowest life-cycle cost of the market. It can perform a variety of missions such as cargo and troop transport, troop and cargo air delivery, aerial refueling, search and rescue and forest fire fighting. It is a project of the Brazilian Air Force (FAB) that, in 2009, hired Embraer to perform the aircraft development. The first prototype performed its first flight in February 2015 and two prototypes are currently in flight test campaign, averaging two flights a day and proving high aircraft readiness. The aircraft is currently on an eight nation tour and expects to receive certification by the end of 2017. Deliveries are expected to begin during the first half of 2018.

Leader in the aerospace and defense industry of Latin America, Embraer Defense & Security offers a complete line of integrated solutions such as C4I (Command, Control, Communication, Computers and Intelligence Center) applications, leading edge technologies in the production of radars, advanced information and communication systems, integrated systems for border monitoring and surveillance, as well as military and government transportation aircraft. With a growing presence on the global market, Embraer Defense & Security products are present in more than 60 countries. Follow us on Twitter: @EmbraerSA.

In 2016 Boeing celebrates 100 years of pioneering aviation accomplishments and launches its second century as an innovative, customer-focused aerospace technology and capabilities provider, community partner and preferred employer. Through its Defense, Space & Security unit, Boeing is a global leader in this marketplace and is the world’s largest and most versatile manufacturer of military aircraft. Headquartered in St. Louis, Defense, Space & Security is a $30 billion business with about 50,000 employees worldwide. Follow us on Twitter: @BoeingDefense.