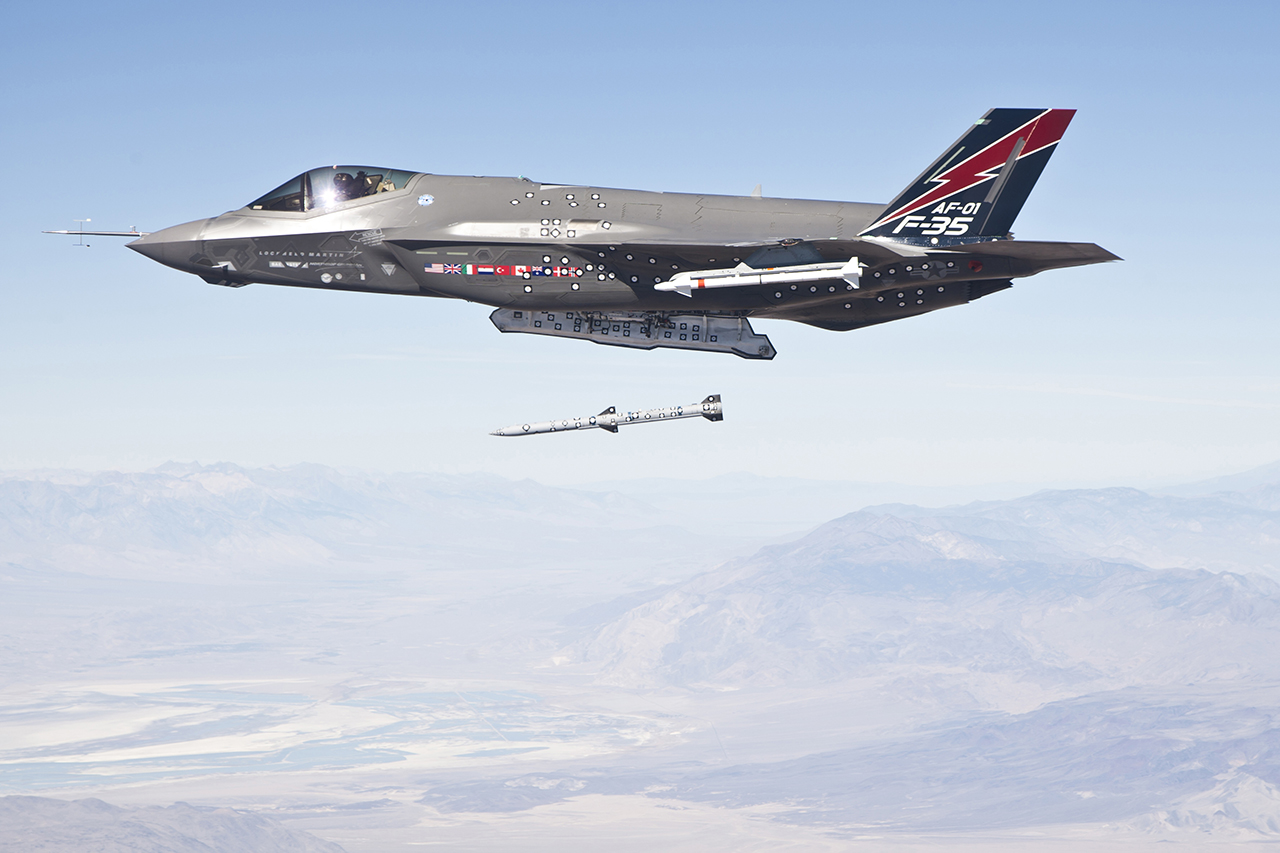 TUCSON, Ariz., July 12, 2016 /PRNewswire/ — More than 30 Advanced Medium Range Air-to-Air Missiles have been fired from all three variants of the Joint Strike Fighter since testing began in 2013. AMRAAM® is the only air-to-air missile that is currently cleared to fly on the F-35.

“AMRAAM is the most capable air-to-air weapon ever produced,” said Mike Jarrett, Raytheon Air Warfare Systems vice president. “The F-35 offers several new capabilities and AMRAAM is the perfect weapon to ensure it is unequaled in the Air Dominance arena.”

AMRAAM has been operational on U.S. Marine Corps F-35Bs since July 2015. Integration work on the JSF will continue to ensure AMRAAM is fully compatible with each new variant of F-35 software as it is released.

Because of its ongoing modernization, AMRAAM continues to deliver a high level of dependability and versatility at a low lifecycle cost. It has also flown on more aircraft than any other air-to-air missile currently flying.

Procured by 37 countries, AMRAAM is integrated on the F-16, F-15, F/A-18, F-22, Typhoon, Gripen, Tornado and Harrier.
With more than 4,200 test firings, no other air-to-air missile in the world has been as thoroughly tested or improved as AMRAAM.
Raytheon is also working on incorporating the following weapons on the JSF:

AMRAAM is a combat-proven missile that demonstrates operational flexibility in both air-to-air and surface-launch scenarios. It provides today’s warfighter with enhanced operational capability, cost effectiveness and future growth options/solutions. Procured by 37 countries, AMRAAM has been integrated on the F-15, F-16, F/A-18, F-22, Typhoon, Gripen, Tornado, Harrier, F-4 and the F-35. It is also the baseline missile for the National Advanced Surface-to-Air Missile System (NASAMS).

Raytheon Company, with 2015 sales of $23 billion and 61,000 employees, is a technology and innovation leader specializing in defense, civil government and cybersecurity solutions. With a history of innovation spanning 94 years, Raytheon provides state-of-the-art electronics, mission systems integration, C5I™ products and services, sensing, effects, and mission support for customers in more than 80 countries. Raytheon is headquartered in Waltham, Mass. Visit us at www.raytheon.com and follow us on Twitter @Raytheon.