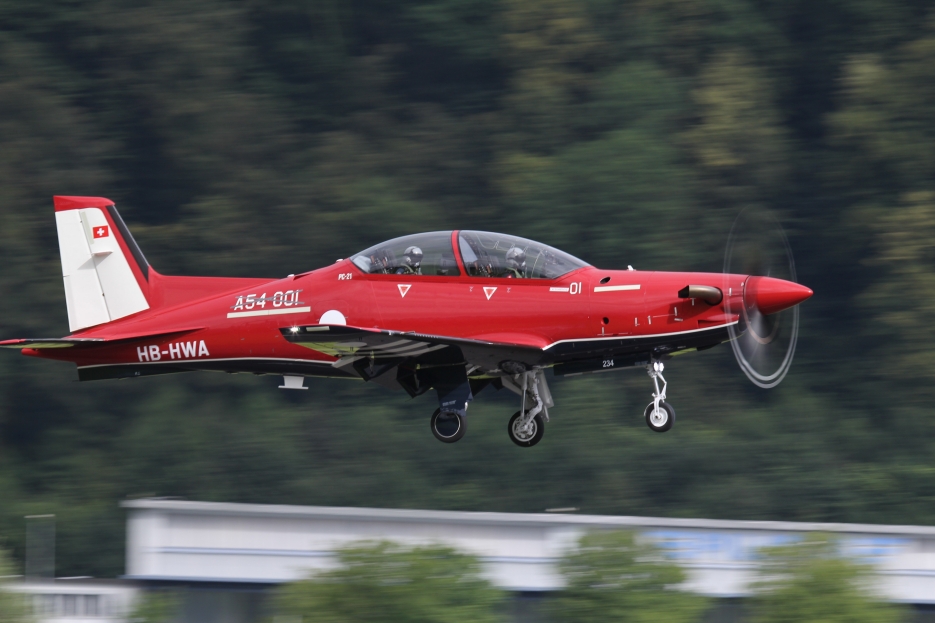 Under a contract signed in December 2015, the initial seven-year program is valued at AU$1.2 billion. Performance-based options for up to 25 years will provide the opportunity to extend the length and increase the value of the total contract. Lockheed Martin leads the delivery of an integrated solution tailored for all future pilots for the Royal Australian Air Force, Royal Australian Navy and the Australian Army.

“This is a true testament to our teammate Pilatus and a proven aircraft that will form the backbone of future pilot training for the Australian Defence Force for the next 25 years. We offer our congratulations on this first significant step,“ said Raydon Gates, Chief Executive, Lockheed Martin Australia and New Zealand.

This first PC-21, registered as A54-001, will be handed over to the Royal Australian Air Force at East Sale in June 2017 after completion of testing and verification work in both Switzerland and Australia.

“This initial flight of the first Australian PC-21, only seven months after contract signature, is a remarkable achievement and illustrates both the commitment of Pilatus and the hard work of all those involved in the project,” said Oscar J. Schwenk, Chairman of Pilatus.

The PC-21s for Australia will form the backbone of future pilot training for the Australian Defence Force for the next 25 years.