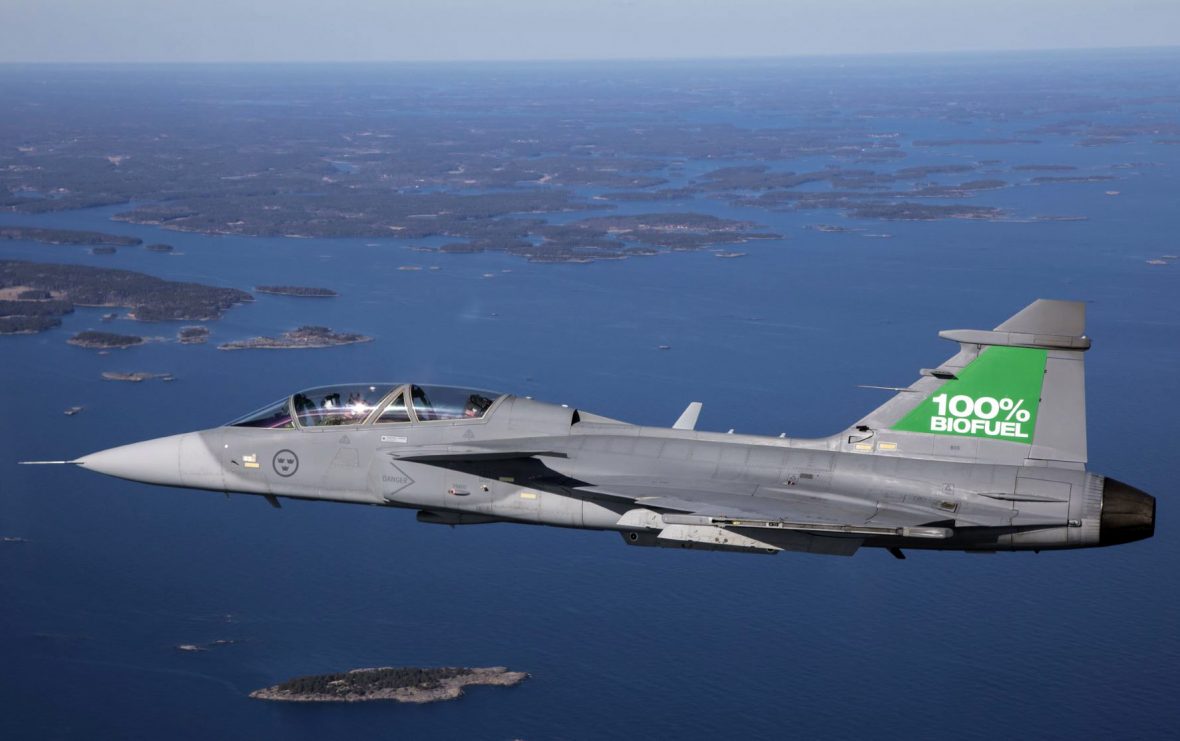 Gripen has for the first time undergone a series of test flights with 100% biofuel. This demonstrates that the aircraft can be flown with an alternative fuel and gives valuable knowledge for future possible use of alternative fuel

“Demonstrating that Gripen can fly with 100% biofuel is an important step in making Gripen future-safe,” says Göran Bengtsson, Director of Research and Technology, Future Business, Aeronautics. “Gaining independence from imports of oil is important from a defence standpoint and opens the way for additional sources of fuel, which creates flexibility. It’s naturally also good if we in the long term can contribute to reducing environmental impact from military aviation.”

This was the first time that a single engine fighter flew with 100% biofuel. The flights were conducted with a Gripen D (dualseat) at Saab’s facilities in Linköping and went entirely as planned.

“The test team noted no differences between the biofuel and the ordinary jet fuel, which means that biofuel can be used as a fully satisfactory alternative to ordinary jet fuel in Gripen,” says Göran Bengtsson. “Flying with biofuel in operational service with Gripen requires, however, further certification of the fuel and access to fuel in the amounts that correspond to operational needs.” 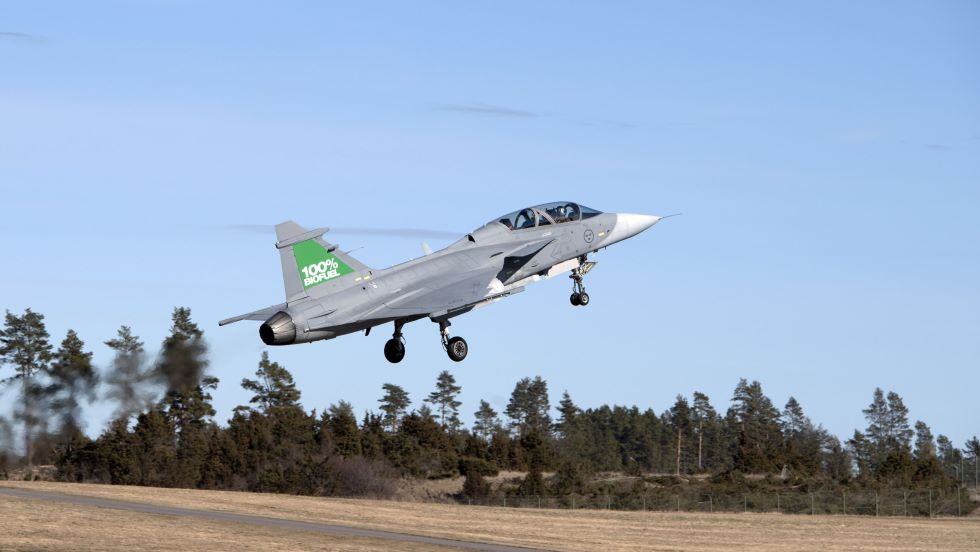 The tested fuel (CHCJ-5) is made of rapeseed oil. The aircraft makes no differentiation as to whether the fuel is based on crude oil or vegetable oil. The fuel must fulfil the same requirements regardless of the raw material.

The Swedish Defence Materiel Administration (FMV) is behind the project and besides FMV, Saab and GKN Aerospace, which produces the engine (RM12) for the Gripen C/D, has participated in the project. Through a bilateral agreement between Sweden and the United States, the US Navy and US Air Force have contributed with valuable knowledge and experience regarding certification of biofuel. System testing, ground testing and flight testing have been conducted at Saab in Linköping together with GKN Aerospace.