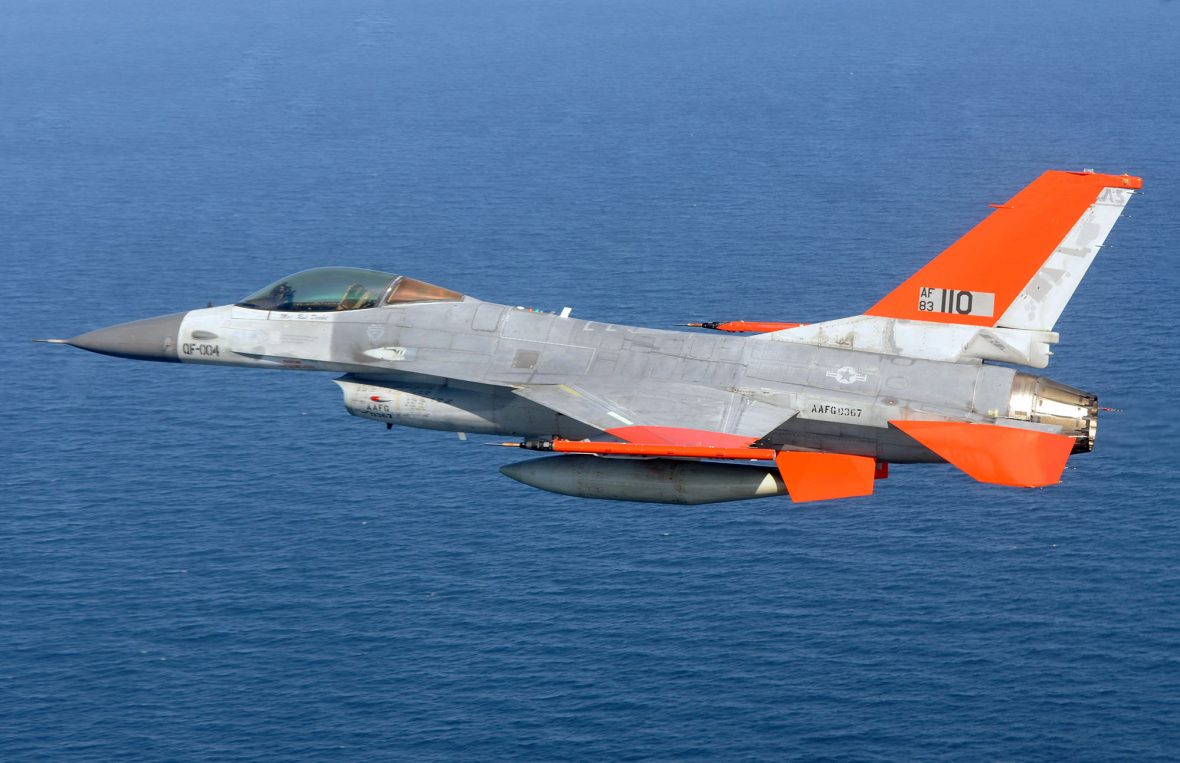 “This demonstration is an important milestone in AFRL’s maturation of technologies needed to integrate manned and unmanned aircraft in a strike package,” said Capt. Andrew Petry, AFRL autonomous flight operations engineer. “We’ve not only shown how an Unmanned Combat Air Vehicle can perform its mission when things go as planned, but also how it will react and adapt to unforeseen obstacles along the way.”

The two-week demonstration at the Test Pilot School at Edwards Air Force Base, California, is the second in a series of manned/unmanned teaming exercises to prove enabling technologies.

The first demonstration, Have Raider I, focused on advanced vehicle control. The experimental F-16 autonomously flew in formation with a lead aircraft and conducted a ground-attack mission, then automatically rejoined the lead aircraft after the mission was completed. These capabilities were linked with Lockheed Martin automatic collision avoidance systems to ensure safe, coordinated teaming between the F-16 and surrogate UCAV.

“The OMS architecture used in Have Raider II made it possible to rapidly insert new software components into the system,” said Michael Coy, AFRL computer engineer. “OMS will allow the Air Force maximum flexibility in the development and fielding of cutting edge autonomous capabilities.”

Skunk Works’ expertise in OMS, battle management and manned/unmanned teaming enable integrated and collaborative operations between manned and unmanned aircraft to project power in the face of an increased anti-access and area denial environment.

Headquartered in Bethesda, Maryland, Lockheed Martin is a global security and aerospace company that employs approximately 97,000 people worldwide and is principally engaged in the research, design, development, manufacture, integration and sustainment of advanced technology systems, products and services.