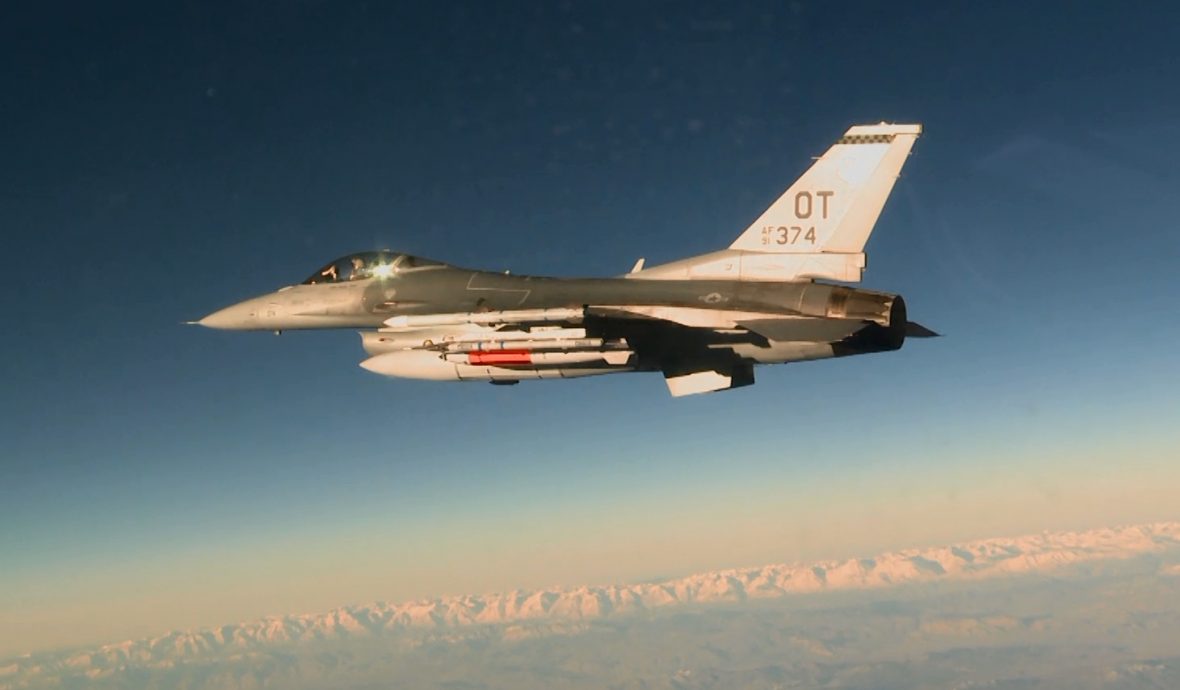 KIRTLAND AIR FORCE BASE, N.M. — An Air Force F-16 aircraft released an inert B61 nuclear bomb in a test recently, demonstrating the aircraft’s capability to deliver the weapon and testing the functioning of the weapon’s non-nuclear components, including the arming and fire control system, radar altimeter, spin rocket motors and weapons control computer.

The F-16 from the 422nd Test and Evaluation Squadron at Nellis AFB, Nevada, released the weapon over the Nellis Test and Training Range Complex in the first test use of the upgraded B61, known as the B61-12, with the F-16 aircraft.

The test was conducted under a life-extension program for the B61, which is refurbishing both its nuclear and non-nuclear components to extend the bomb’s service life, while improving its safety, security and reliability. When completed, the new B61-12 version will replace four versions of the B61 bomb currently in the U.S. nuclear stockpile, streamlining production and logistics.

The B61-12 life-extension program is managed by the Air Force Nuclear Weapons Center in conjunction with the Department of Energy’s National Nuclear Security Administration.

“The B61-12 gravity bomb ensures the current capability for the air-delivered leg of the U.S. strategic nuclear triad well into the future for both bombers and dual-capable aircraft supporting NATO,” said Paul Waugh, AFNWC’s Air-Delivered Capabilities director. The B61-12 will be compatible with the B-2A, B-21, F-15E, F-16C/D, F-16 MLU, F-35 and PA-200 aircraft.

The non-nuclear bomb assembly used for the flight test was designed and manufactured by Sandia National Laboratories and Los Alamos National Laboratory as federally funded research and development centers operating under NNSA. The tail-kit assembly mated to the NNSA front-end was designed by the Boeing Company under an AFNWC contract.

The center is responsible for synchronizing all aspects of nuclear material management on behalf of Air Force Materiel Command in direct support of Air Force Global Strike Command. Headquartered at Kirtland AFB, the center has about 1,900 personnel at 17 locations worldwide.