EDWARDS AIR FORCE BASE, Calif. — The F-35 Integrated Test Force recently performed another first-of-its-kind test when the aircraft released a laser-guided bomb against a moving target.

According to engineer Collin O’Fallon of the 775th Flight Test Squadron, this F-35 weapons delivery accuracy test was the first from an F-35 in the 3F software configuration, which has incorporated new release logic to enhance effectiveness against moving targets, with the objective of reducing pilot workload. O’Fallon is matrixed to the 461st Flight Test Squadron “Deadly Jesters” for the testing.

“This logic is called Lead Point Compute, which in essence, delays the release point of the weapon to ensure the weapon has the available kinematics to guide to and reach the target at its future location,” O’Fallon said.

The system evaluates the speed and direction of the target against the altitude and speed of the aircraft to determine the exact release.

“The higher and faster you go, the farther you can sling the thing,” he said.

The GBU-12 is a proven weapon with many years of service on multiple platforms. So these tests are designed to stress the weapon platform — the aircraft – rather than the weapon itself. For testing, the GBU-12 was built up using an explosively inert warhead, and the fuze was replaced with an inertial measurement unit to measure accelerations during employment, according to O’Fallon.

“This was really a test of the aircraft targeting system and associated weaponeering logic, and the results of this test will be used to certify this capability with a GBU-12 on the F-35.

The weaponeering logic is all the information compiled to give the pilot that one solution. 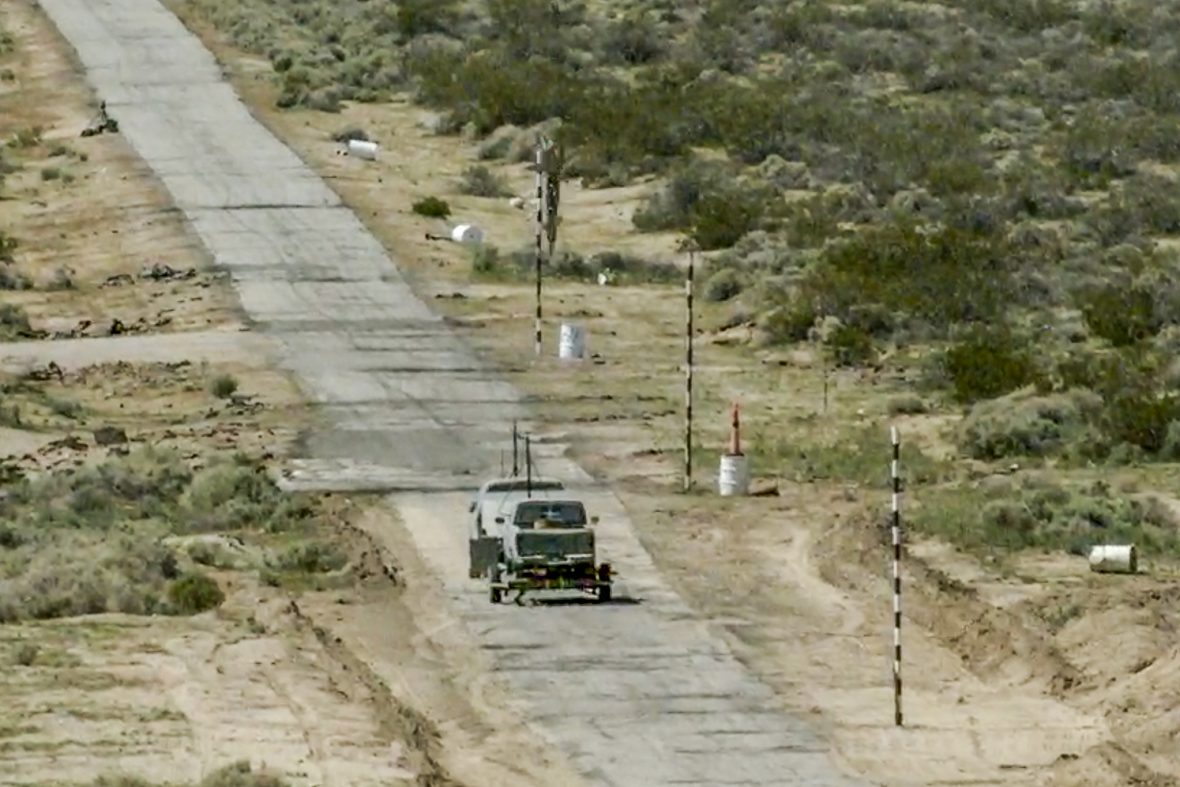 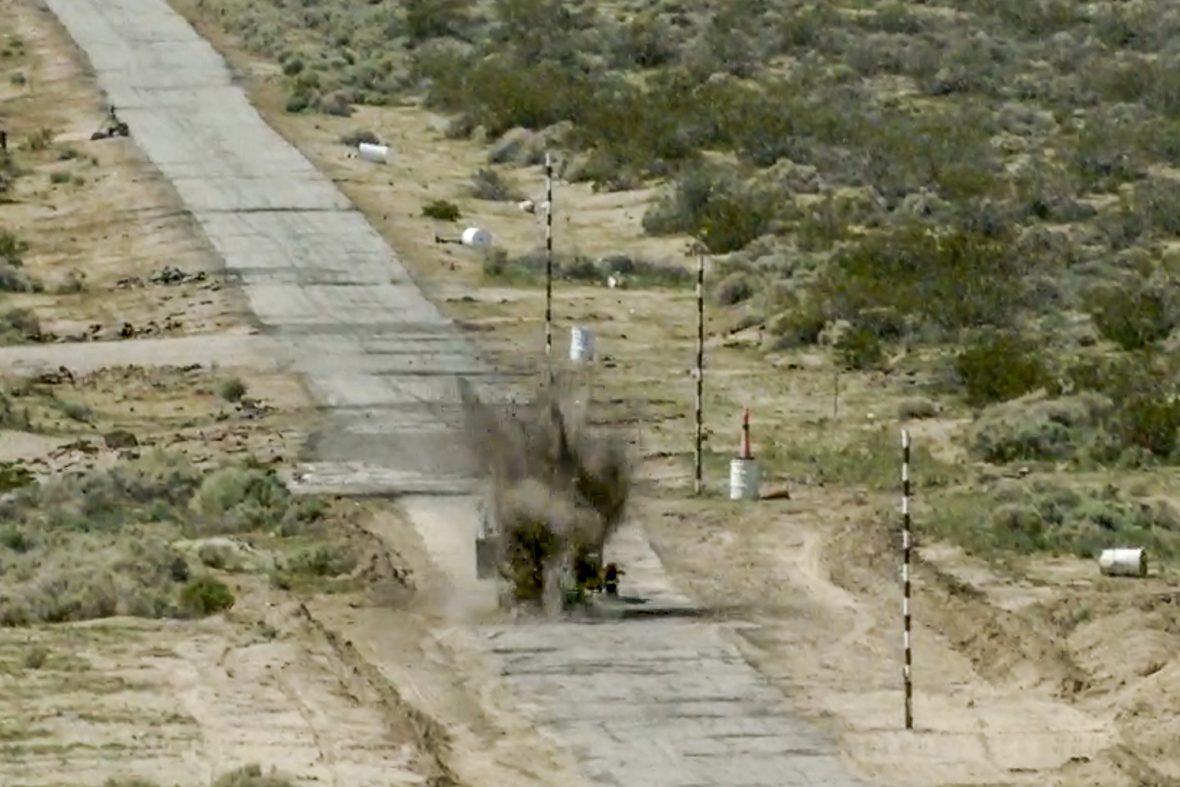 “(The pilot) doesn’t have to think about how fast the target’s going, or what direction,” O’Fallon said. “By him using this 3F capability, it’s doing all the weaponeering for him. That’s really the big thing, it’s a single-seat fighter. He’s got to do it all, so we want to do as much for him as we can.”

Although the GBU-12 was inert, it still made short work of its intended target, a small pickup truck.

O’Fallon said the decision was that the target vehicle would be towed on a 60-foot trailer by an existing remote controlled tow vehicle in the interest of saving time and money. The tow vehicle was not controlled in real time, but rather the route was recorded via GPS and the controlling computer drove this route maintaining a sterile exclusion zone.

“It’s pretty cool. The guy gets in, hits the record button. He drives the route we want. Then he hits save and the vehicle will reset itself to its initial start point,” said O’Fallon.

The whole point of the autonomous tow vehicle was safety, making sure nobody’s in the hazard zone.

“Nobody has to be in there making last-minute adjustments,” O’Fallon said.

According to O’Fallon, the data collected from this test will certify this weapon capability and enhance the lethality of the F-35.

“This test is also the first developmental test release of a guided GBU-12 from the F-35C model.”

Developmental testing here has now performed a GBU-12 release from every F-35 variant.