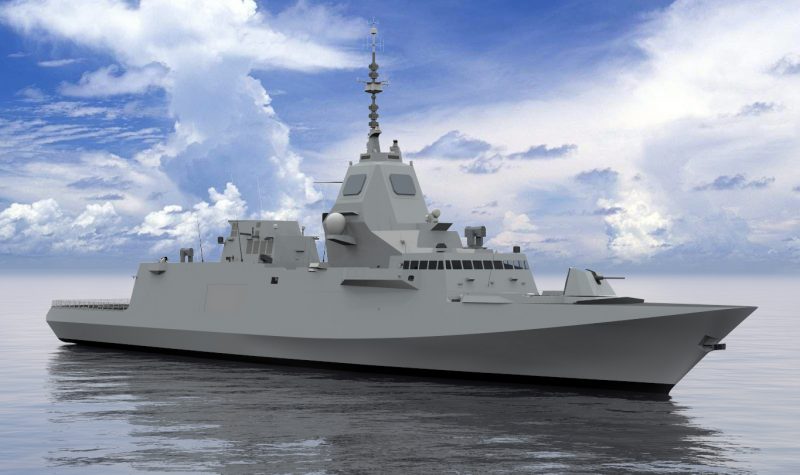 The Government of Canada has declared its intention to acquire an existing and proven NATO warship design that could be readily modified to best meet the Royal Canadian Navy requirements. French and Italian world-class shipbuilders Naval Group and Fincantieri, with the strong support of both French and Italian governments, will combine their expertise and present to the Government of Canada an “off-the-shelf”, sea-proven solution based on the FREMM frigate design for the supply of 15 surface combatant ships to the Royal Canadian Navy.

Should the offer be accepted, the future frigates would be built in Canada at Irving Shipbuilding in a very short time, maximizing Canadian Industrial participation and job creation locally through a dedicated and comprehensive transfer of technology, as well as integrating Canadian suppliers into the two companies’ global supply chains.

Naval Group and Fincantieri have previously collaborated on several major naval projects, including the joint development of the FREMM frigate.

Considered as a world leader in her class, the FREMM frigate is a versatile vessel able to execute any type of missions encompassing all warfare domains (AAW, ASW, ASuW, Land Attack, Command Ship, etc.). Both the general purpose and anti-submarine warfare variants are already in service in two leading NATO navies.

About Naval Group
Naval Group is a European leader in naval defence and a major player in marine renewable energies. As an international high-tech company, Naval Group uses its extraordinary know-how, unique industrial resources and capacity to arrange innovative strategic partnerships to meet its customers’ requirements. The group designs, builds and supports submarines and surface ships. It also supplies services to shipyards and naval bases. In addition, the group offers a wide range of marine renewable energy solutions. Attentive to corporate social responsibility, Naval Group adheres to the United Nations Global Compact. The Group reports revenues of €3.2 billion and has a workforce of 12,800 employees (2016 data).
www.naval-group.com

About Fincantieri
Fincantieri is one of the world’s largest shipbuilding groups and number one by diversification and innovation. It is leader in cruise ship design and construction and a reference player in all high-tech shipbuilding industry’s sectors, from naval to offshore vessels, from high-complexity special vessels and ferries to mega-yachts, ship repairs and conversions, systems and components production and after-sales services.
Headquartered in Trieste (Italy), the Group has built more than 7,000 vessels in over 230 years of maritime history. With more than 19,400 employees, of whom more than 8,200 in Italy, 20 shipyards in 4 continents, today Fincantieri is the leading Western shipbuilder. It has among its clients the major cruise operators, the Italian and the U.S. Navy, in addition to several foreign navies, and it is partner of some of the main European defense companies within supranational programmes.
www.fincantieri.com