Abu Dhabi, 22 February 2021 – Tawazun and MBDA have signed a head of terms agreement with the intent...
Read more

MBDA has been awarded a contract from the Egyptian Navy for the VL MICA NG (New Generation) air defence...
Read more

Minister for the Armed Forces Florence Parly on Friday 19 February announced the launch of the full-scale development...
Read more 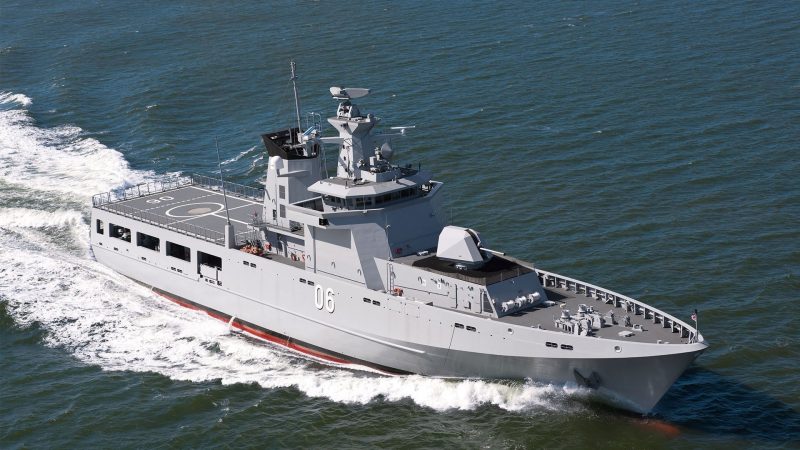 The multi-billion dollar Offshore Patrol Vessel project is on track after the signing of a contract with Lürssen.

Minister for Defence Industry, the Hon Christopher Pyne MP, said the contract with Lürssen to lead the design and build is worth at least $3 billion for 12 OPVs.

“The vessels will be delivered by Australian workers, in Australian shipyards using Australian steel. The project will create around 1000 jobs – 400 direct and a further 600 in the supply chain.”

The OPV project will also help preserve and enhance shipbuilding skills required for the Future Frigates.

The first two OPVs will be built at the Osborne Naval Shipyard in South Australia starting this year and 10 will be constructed at the Henderson Maritime Precinct in Western Australia from 2020.

Lürssen will sub contract ASC to build the first two ships in SA and are in negotiations with Austal and Civmec to build the 10 ships in WA.

Civmec will provide the steel from Australian suppliers for all 12 OPVs.

“The OPV project is part of the Turnbull Government’s $89 billion continuous shipbuilding program which will deliver 54 new vessels to address the regional and global threats in the decades ahead.”

The OPVs will have an important role protecting Australia’s borders and will provide greater range and endurance for the Navy than the existing patrol boat fleet.

Abu Dhabi, 22 February 2021 – Tawazun and MBDA have signed a head of terms agreement with the intent...
Read more
Aerospace Industry