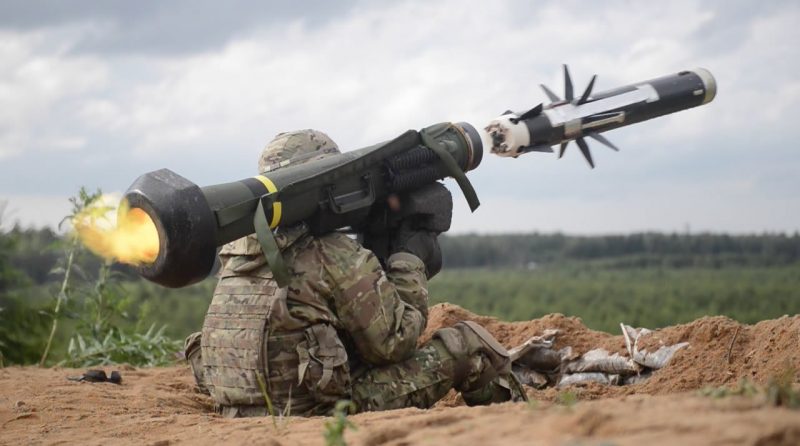 The Javelin FGM-148F missile features an advanced multipurpose warhead (MPWH) as part of the man portable, fire-and-forget Javelin missile system. The MPWH incorporates the latest generation shaped charged technology to defeat present and future advanced armored threats while adding a fragmenting steel warhead case to significantly improve lethality against soft targets and light armored vehicles. The Javelin F-Model round deliveries are planned for early 2020 and will be available for international allies, with U.S. government permission.

First deployed in 1996, Javelin is the world’s most versatile and lethal one-man-portable and platform-employed anti-tank and multi-target precision weapon system. To date, more than 45,000 missiles and 12,000 CLUs have been produced. The Javelin weapon system has experienced numerous technology insertions since its initial fielding to stay ahead of advancing threats.

Javelin, which is produced by a joint venture between Raytheon and Lockheed Martin, has been used extensively and to great advantage in combat operations in both Afghanistan and Iraq. Over 5,000 engagements have been successfully conducted by U.S. and coalition forces. Current U.S. allies that have Javelin in inventory include France, Taiwan, Jordan, Qatar, Turkey, Lithuania, Czech Republic, Indonesia, Ireland, New Zealand, Norway, Oman, Ukraine, Georgia, Australia, Estonia, UAE and the United Kingdom. The Javelin Joint Venture is an award-winning enterprise recognized in 2015 by the Office of the Secretary of Defense for its outstanding achievements in providing operational support to warfighters with the highest level of mission success and tactical operational readiness.

About Lockheed Martin
Headquartered in Bethesda, Maryland, Lockheed Martin is a global security and aerospace company that employs approximately 105,000 people worldwide and is principally engaged in the research, design, development, manufacture, integration and sustainment of advanced technology systems, products and services.