Air2030: Planning decree for the acquisition of new fighter jets 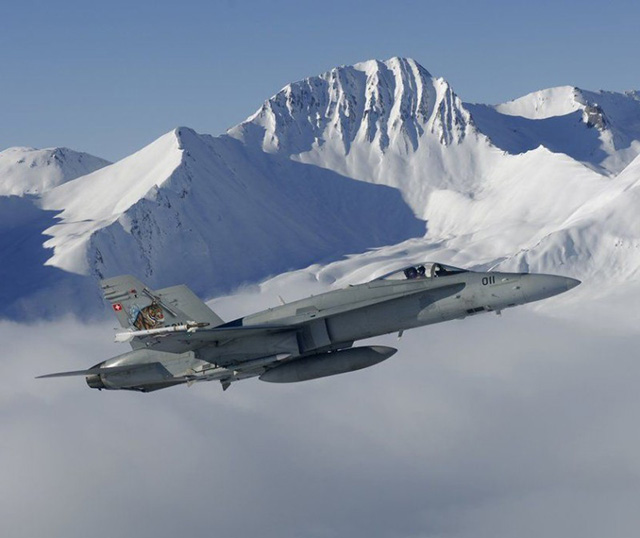 BERN – At its meeting of May 15, 2019, the Federal Council decided to continue the procedure concerning the Air2030 program. It instructed the DDPS to submit by the beginning of September at the latest a draft planning order for the acquisition of new fighter jets.

The new long-range air defense system is not part of the planning order, and its acquisition is part of the ordinary procedure.

The Federal Council took this decision after reviewing the opinions submitted during the consultation procedure (May to September 2018) and considering motion 17.3604 tabled in December 2018, which asked the people to submit the question of principle to the acquisition of new fighter jets (before the choice of aircraft type).

For the Federal Council, several reasons speak in favor of maintaining the planning order and its limitation to the acquisition of combat aircraft:

— The acquisition of new fighter jets is a project of great importance. The current fighter planes are coming to the end of their useful life. If they are not replaced in time, Switzerland will no longer be able, by 2030 at the latest, to protect its airspace and, even more, to defend it. However, the ability to protect against attacks in and from the air, by both armed forces and terrorist groups, is essential for the security of Switzerland and its people.

— The political importance of the acquisition is underscored by the fact that the last two combat aircraft acquisition projects resulted in popular polls, in 1993 following a popular initiative and in 2014 on the basis of a referendum. It does not, however, result in a direct democratic decision by means of a referendum, but an expectation that must be taken into account politically.

— The Federal Council is of the opinion that the expectation of the population to decide on the acquisition in a popular vote concerns only combat aircraft. The acquisition of the long-range, less politically controversial ground-to-air defense system can follow the ordinary procedure, ie without requiring a preliminary policy decision on the weapons program.

On this point, the Federal Council believes that ground and air defenses must unquestionably be linked in the interest of effective protection and defense of airspace. These are correlated, not only in terms of acquisition, but also in terms of commitment. For this reason, the Federal Council instructed the DDPS to carry out in parallel the acquisition of a long-range ground-to-air defense system, in timing and technical coordination with the new combat aircraft and according to the established schedule.

According to the November 2017 Federal Council decision, the acquisition of new fighter jets and a long-range ground-to-air defense system could be planned for a maximum funding volume of CHF 8 billion. Given that the planning decree only covers the combat aircraft component and that it must mention the maximum amount of funding, the Federal Council has set the portion that will be allocated to them at 6 billion francs. A lower volume would compromise the size of the fleet, which requires a minimal number of aircraft; a higher volume would not leave a sufficient financial framework for the ground-to-air defense system.

Compensation cases for 60% of the contract value

Compensation tends to increase the purchase of weapons. They must be explained by a targeted and sustainable strengthening of the Swiss industrial and technological base in the field of security policy. The requirement of 20% of direct compensatory cases and 40% of indirect compensatory cases in this branch, already applied in the first requests for tenders, satisfies this requirement. For the remaining 40%, in line with current practice, no content requirement was formulated in the requests for tenders.

In view of the high contractual volume, which complicates the compliance requirements, the absence of a security policy justification for the last 40% and the additional costs likely to be incurred by the offsets, the Federal Council has decided to request direct compensatory cases of 20% of the contract value as well as indirect compensatory cases of 40% in the field of the industrial and technological security base for a corresponding amount, in total therefore 60% (instead of 100% previously).