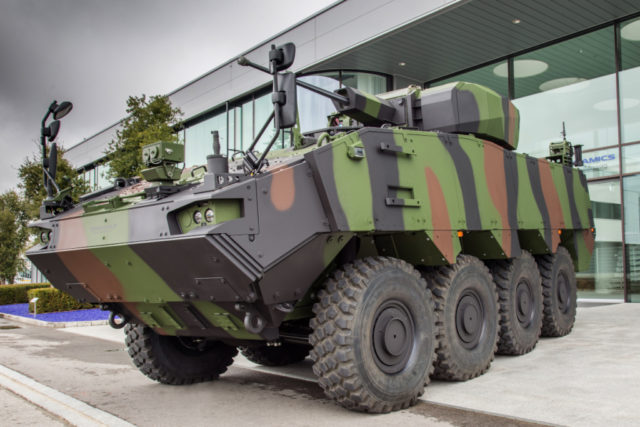 “The strategic cooperation between GDELS and UMB is an excellent example of how we plan to modernize our Armed Forces with modern technology. It also represents a great opportunity for our Romanian economy to strengthen and sustain our national industrial base in this important segment, including export opportunities. I am proud to say that 80% of the investment we make in this project will benefit our local economy” stated Prime Minister of Romania, Mr. Ludovic Orban.

“We are deeply honoured and grateful that Prime Minister Orban, Minister of Economy Popescu, and Minister of National Defence General ret. Ciuca, attended our opening ceremony today and I would like to emphasize GDELS’ strong and clear commitment to becoming the strategic land systems supplier for the Romanian Army.

The opening of the local production line at UMB marks the first major step in establishing our sustainable collaboration with our Romanian partners,” said Dr. Thomas Kauffmann, GDELS Vice President. “The vast transfer of technology and the local production of the Piranha 5 also represent an enormous opportunity to Romanian industry for the future.”

“Romania has proven once again that it has the capacity to produce high end military products, in country. The UMB facility has been modernized and brought to international standards thanks to this contract. It is now a modern production facility for a key project of our military procurement programs. The collaboration with GDELS will bring UMB into a leading position among our Romanian military industry”, said Mihai Rafiu, General Director UMB.

The Mechanical Plant Bucharest (S.UMB S.A.) is an armament factory in Romania, located in Bucharest, sector 3, which functions as a branch of the National Company “ROMARM”. The company has as profile the research, design, production, repair and modernization of armored vehicles. S. UMB S.A. is mainly a tank manufacturer, and between 1979 and 2009 produced 1,193 tanks and derivatives.