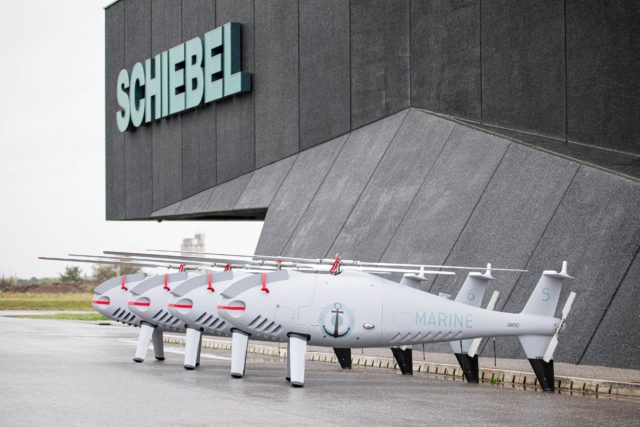 Vienna, 14 December 2020 – Naval Group, on behalf of the French Navy, has accepted for operational use two further CAMCOPTER® S-100 Unmanned Aerial Systems (UAS) with a total of four Unmanned Air Vehicles (UAVs). They will be deployed on the Mistral-class amphibious helicopter carriers (PorteHélicoptères Amphibie – PHA) Tonnerre and Mistral.

The acquisition comes after the successful integration of the CAMCOPTER® S-100 on the French Navy Mistral-class vessel Dixmude, which was finalised in 2019. This was the first time in Europe, that a rotary wing UAS had been connected to the combat system of an amphibious helicopter carrier.

The acceptance tests of the two systems took place in the last week of October with representatives of Naval Group and the French Navy in attendance.

Over the next few months the newly acquired CAMCOPTER® S-100 UAS will be integrated on the French Navy’s vessels Tonnerre and Mistral, significantly enhancing the helicopter carrier’s Intelligence, Surveillance and Reconnaissance (ISR) capabilities.

The CAMCOPTER® S-100 VTOL UAS operates day and night and can carry multiple payloads up to a combined weight of 50 kg. Due to its minimal footprint, reliability and airworthiness pedigree, it is ideally suited for maritime operations around the globe.

Hans Georg Schiebel, Chairman of the Schiebel Group, said: “After the successful integration on the Dixmude, we are very proud of the confidence the French Navy has in the proven and reliable CAMCOPTER® S-100 and we are looking forward to the integration on the Tonnerre and Mistral and their operational deployment.”

LCDR Serge D., UAS program officer, French Navy: “The S-100 on Mistral-class will be the first operational tactical UAS for the French Navy and this is a major step towards the Mercator plan.”

Porte Hélicoptère Amphibie Maintenance Architect at Naval Group, Philippe V., said: “We participated in the successful factory acceptance test, which was an important milestone for this acquisition, prior to the global integration onboard conducted by Naval Group.” 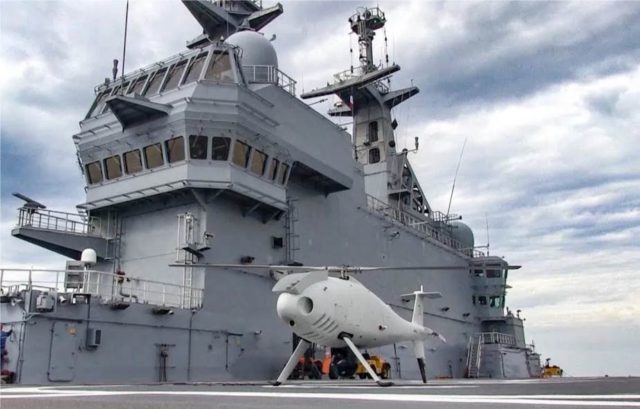 Founded in 1951, the Vienna-based Schiebel Group focuses on the development, testing and production of state-of-the-art mine detection equipment and the revolutionary CAMCOPTER® S-100 Unmanned Air System (UAS). Certified to meet AS/EN 9100 standards, Schiebel has built an international reputation for producing quality defence and humanitarian products, which are backed by exceptional after-sales service and support. With headquarters in Vienna (Austria), Schiebel now maintains production facilities in Wiener Neustadt (Austria) and Abu Dhabi (UAE), as well as offices in Washington, DC (USA) and Shoalhaven (Australia). 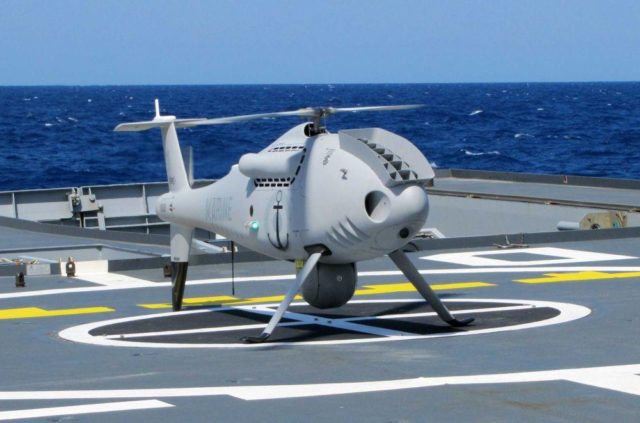 Schiebel’s CAMCOPTER® S-100 Unmanned Air System (UAS) is an operationally proven capability for military and civilian applications. The Vertical Takeoff and Landing (VTOL) UAS requires no prepared area or supporting equipment to enable launch and recovery. It operates by day and by night, under adverse weather conditions, with a beyond line-of-sight capability out to 200 km / 108 nm, over land and sea. Its carbon fibre and titanium fuselage provides capacity for a wide range of payload/endurance combinations up to a service ceiling of 5,500 m / 18,000 ft. In a typical configuration, the CAMCOPTER® S-100 carries a 34-kg / 75-lbs payload up to 10 hours and is powered with AVGas or JP-5 heavy fuel. High-definition payload imagery is transmitted to the control station in real time. In addition to its standard GPS waypoint or manual navigation, the S-100 can successfully operate in environments where GPS is not available, with missions planned and controlled via a simple point-andclick graphical user interface. The high-tech unmanned helicopter is backed by Schiebel’s excellent customer support and training services.