For the first time in history, an American B-2 bomber arrived in Poland

The Northrop B-2 Spirit is an American heavy stealth strategic bomber capable of carrying 16 nuclear-tipped cruise missiles. Combat load up to 27,000 kg.

The first combat use of the B-2 took place during the NATO operation in Yugoslavia in 1999. 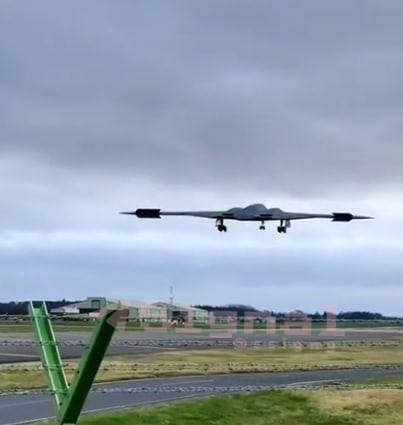 The Polish defence minister has said, in September 2022, that the arrival of a US B-52 bomber in Poland is proof of this country’s closer cooperation with the US and its growing capability to defend Nato’s eastern flank.