The CV90s will be produced and delivered in several configurations with the full cooperation of Slovak industry including ZTS – ŠPECIÁL as the main industry partner to BAE Systems. Other Slovak state-owned and private companies will take critical roles in producing the vehicles and supporting the program in the longer term.

The Slovak Army will receive the newest iteration of the CV9035, known as the CV90MkIV, with the latest advanced capabilities and digital technology. The vehicle combines improved battlefield speeds and handling with an upgraded electronic architecture to support future growth and meet the needs of the evolving battlefield.

The Slovak CV90s will be equipped with the new state-of-the-art D-series turret with a 35 mm gun. The turret provides CV9035 crews with improved protection and amplified combat efficiency through the latest generation of sensors, artificial intelligence and augmented reality software, increasing the CV9035s multi-domain capabilities on the battlefield. The Slovak CV9035 will also be equipped with Elbit Systems’ “Iron Fist” active protection system (APS) solution and an integrated, Rafael Advanced Defense Systems’ SPIKE-LR, an advanced anti-tank guided missile.

Of the 152 vehicles, 122 will be delivered in the infantry fighting vehicle variant. Twelve IFVs will be built in a new configuration for the Anti-Material Rifles and Grenade Launcher Squad. The remaining vehicles will include Command & Control, Reconnaissance and Engineer and Recovery variants, aimed at providing specialist combat logistics support. The contract also covers training and education systems, as well as tactical simulators. 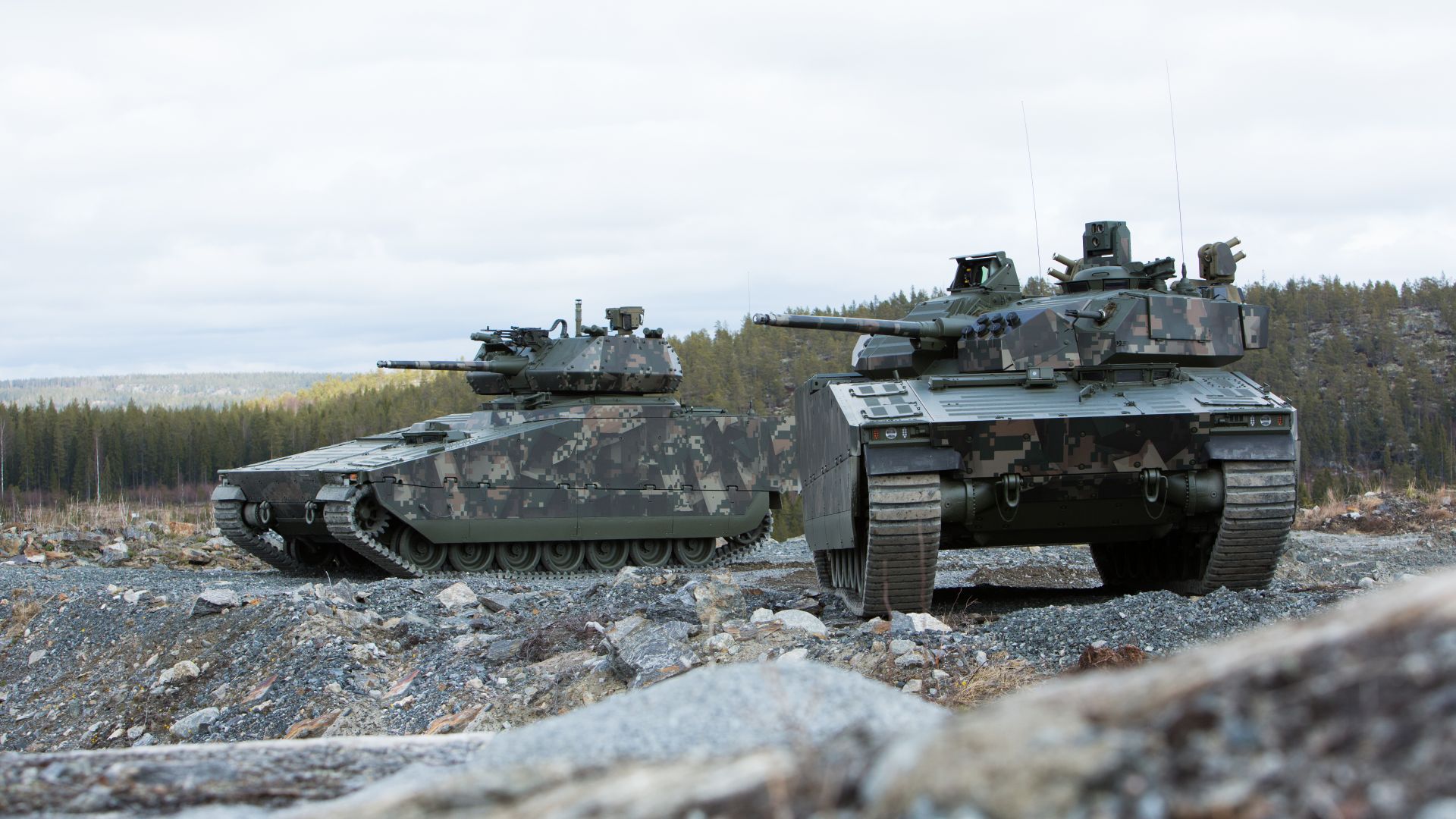 “I am excited for another major modernisation project for our land forces. With these vehicles, we are fulfilling our commitment from a few years ago – to build a heavy mechanized brigade. I am looking forward to close cooperation with our partners who are already using the Swedish vehicles,” said Minister of Defense Jaroslav Naď.

“The Swedish IFV CV90 meets the criteria of the Slovak Armed Forces. Today, we upgraded the cooperation not only between our armed forces, but also between our countries. I am glad that modernisation of the Slovak Armed Forces is rapidly moving forward. In the last two years, the pace of our army’s modernization achieved levels that have not been seen in decades,” said Marian Majer, State Secretary of Defense.

“The collaboration between Sweden and Slovakia will further strengthen the relationship between the nations. CV90 has been the backbone of the Swedish Armed Forces for decades,” said Pål Jonson, Minister for Defense for Sweden. “Sweden now looks forward to supporting Slovakia in introducing the CV90, the leading infantry fighting vehicle, as a key capability also for the Slovak Army”.

“We are committed to delivering an infantry fighting vehicle that meets the Slovak Army’s requirements now and in the future,” said Tommy Gustafsson-Rask, managing director of BAE Systems Hägglunds in Örnsköldsvik, Sweden, which designs and produces the CV90.

“This is an important moment in our nations’ relations and we are honored to be part of this alongside our Slovak industry partners. We look forward to cooperating with Slovakia and we are building the program to deliver these vehicles on a proven industrial cooperation approach,” added Gustafsson-Rask.

The contract will provide Slovak industry with a significant opportunity to invest in its skills and capabilities for many years to come. Strategic collaboration with local suppliers enables them to play a high-value role throughout the production and lifecycle of the CV9035 and all its variants.

The Slovak Republic joins the CV90 User Club as the 8th member. The organisation currently consists of seven countries, four of them members of NATO: Denmark, Estonia, Finland, Norway, Sweden, Switzerland, and the Netherlands.