Accompanying the drones were a Shaanxi Y-8Q maritime patrol plane and a Shaanxi Y-9JB electronic intelligence aircraft, according to Japanese officials as reported by the newspaper.

But China is not the only country developing and deploying drones in the region. In May, the US temporarily relocated two MQ-4C Triton drones from Guam to the Misawa base in northern Japan – the first such activity by the US military since the drones were sent to Guam early last year, the newspaper reported.

The China’s surprising drone sales in the Middle East, Made the Biden administration decided to move forward with $23 billion in weapons sales to the United Arab Emirates, in April of this year. The sales include F-35 aircraft, MQ-9B armed drones and other equipment.

The Biden administration’s decision was likely informed, at least in part, by a new dynamic emerging in the Middle East arms market: Beijing has increasingly exploited Washington’s reticence to sell drones to key Gulf partners. If this trend continues in drones and other arms sales, it will undermine Washington’s leverage and potentially endanger core American interests.

Over the last two decades, unmanned aerial vehicles (UAVs) have become increasingly embedded in militaries around the world. The duties of these systems range from strikes against insurgents in conflict zones to surveillance gathering in support of multilateral disaster relief operations. The commercial sector also relies on unmanned platforms for a variety of services, including aerial photography, crop monitoring, and infrastructure inspection. Amid its ongoing economic development and military modernization, China has emerged as one of a handful of global leaders in the development of unmanned systems. As China continues to advance its UAV technology, it is poised to play a dominant role in shaping industry trends. 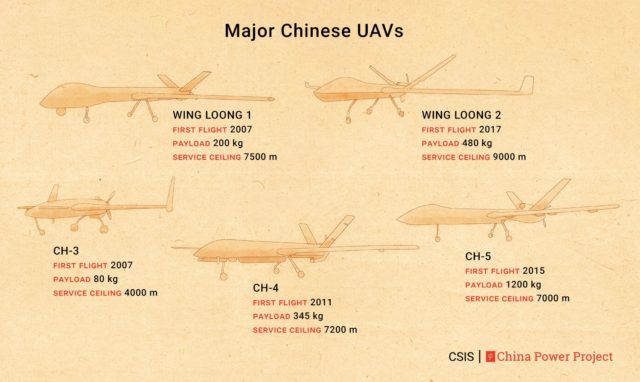 While China produces several types of UAVs, its multi-role strike capable drones see the most widespread use overseas. To better serve the growing needs of the international market, China developed the Caihong 5 (CH-5) Rainbow. The new strike-capable UAV is now production ready, and is expected to compete with American Reaper and Israeli Heron TP. 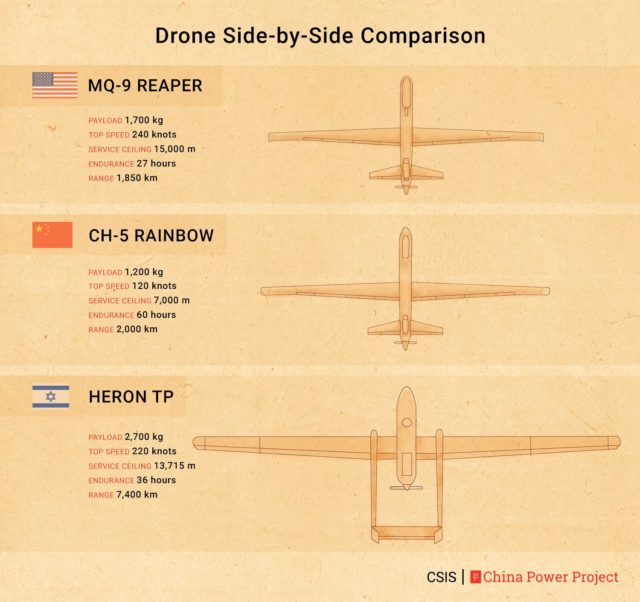